Rihanna Shows Blonde Ambition On The Cover Of UK ‘Vogue’

Fresh off her stint of twirling half naked through a field in Ireland and getting chased out by a none-too-thrilled farmer while shooting her “We Found Love” music video, Rihanna is again making headlines overseas. This time the statuesque songstress is saying “Cheers” from the cover of UK Vogue‘s November issue, which will arrive just in time to usher in RiRi’s sixth studio album (out November 21). Head below to catch a few quotes and to see another pic of Rihanna from the mag.

Turns out the chart-topping songbird had plenty to get off her chest when talking to Vogue. Says Rihanna (via The Sun):

“See, people — especially white people — they want me to be a role model just because of the life I lead. The things I say in my songs, they expect it of me and being a role model became more of my job than I wanted it to be. But no, I just want to make music. That’s it. Look, God doesn’t give any more than you can handle. I had to get through a lot of ups and downs – big downs – and a lot of trial and error to get where I am now.” 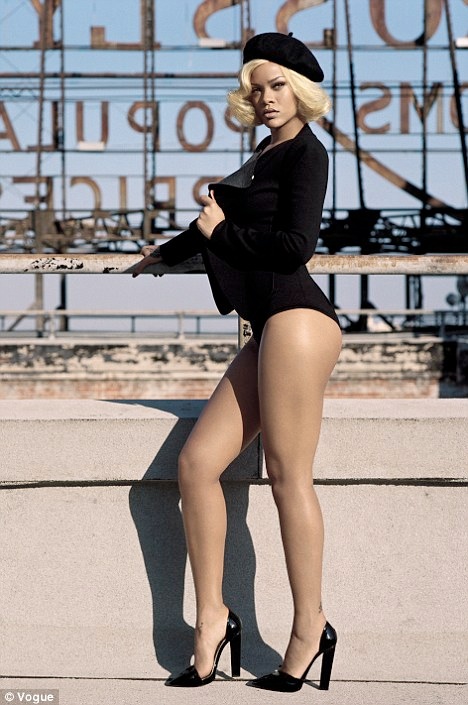 What do you think of Rihanna’s Marilyn Monroe-esque Vogue cover?
Next Article
Next Article
Tags: Feature, Rihanna