For the second time in a mere 17 months, Lady Gaga is gracing the cover of Vogue. This time it’s the fashion bible’s eagerly-awaited September issue, which is a massive 916 pages. (That seems huge, even by Vogue September issue standards, no?) Mother Monster posted the issue’s cover, shot by Mert and Marcus, on her new social networking site LittleMonsters.com last night, and tried to act as if she was leaking it. But girl, please — we all know Anna Wintour would have lopped off Gaga’s head and eaten it out of a silver bowl if anything like this had happened without her consent!

Head below for a pic from Gaga’s glam photo spread, featuring the pop star wearing nothing but a giant hot pink My Fair Lady hat. 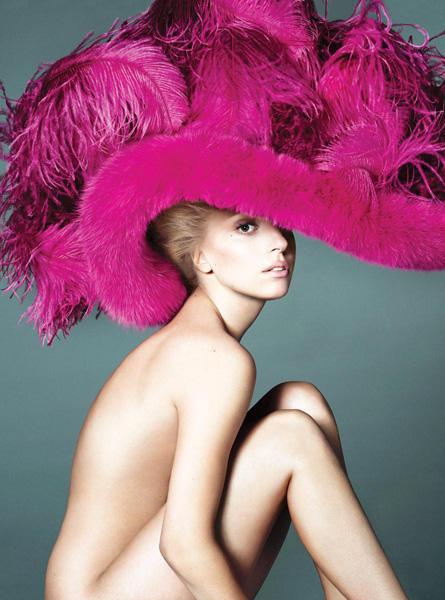