Lobby for something loudly and long enough, and eventually your opponents will relent. That is the moral of the story now that Kim Kardashian has finally gotten that coveted Vogue cover. “There’s no way Kim Kardashian shouldn’t be on the cover of Vogue,” West told Ryan Seacrest in an interview last fall. “She’s like the most intriguing woman right now,” he added, also comparing her level of influence to First Lady Michelle Obama‘s. Guess this mean’s he’s right?

Kardashian appears along with West on the April issue, with the subhead “#worldsmosttalkedaboutcouple,” which is #worldslongesthashtagarewesureVogueknowshowhashtagswork. The cover features the couple in wedding attire, and was shot by famed photographer Annie Leibovitz. The shoot is notable because Vogue editor-in-chief Anna Wintour has previously maligned the Kardashian family (and thus speaks for America’s silent majority).

See the high res photo below, along with a video of the family during the shoot. 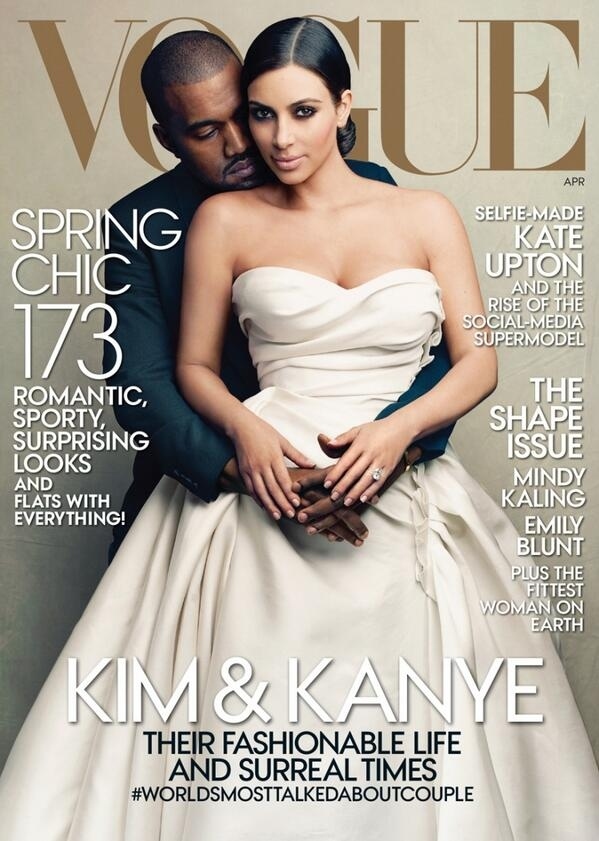