At this point we’ve become so accustomed to seeing Rihanna nude with her breasts flopping to and fro, from one magazine shoot to the next, that it’s somewhat of a shock, then, to find her all covered up for her latest jaunt, in Haper’s Bazaar Arabia. And yet there RiRi is in photos shot by Ruven Afanador that depict her as a veiled, mysterious being on a mission to tout “the new modesty” (per the publication’s cover line).

If orange is the new black, then perhaps actual clothing is the new sexy in Rihanna’s current world. And maybe, just maybe, she’ll move the game ahead by rocking a more mature and demure look when her follow-up album to Unapologetic rolls around, while all the other ladies of pop continue to toss pics of their naked goods online. Or not.

Catch a couple more snaps from Rihanna’s Harper’s Arabia shoot below, then hit up Rap-Up.com to see the full spread. 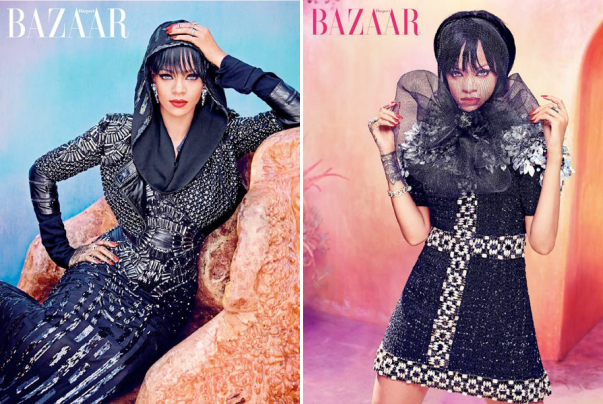