As much as we hate to admit it, the fall season is leering at us all from around the corner, and that means glossy fashion mags will be hauling out their September issues before you know it. Harper’s Bazaar, in particular, snagged photographer Carine Roitfeld to shoot a portfolio of some of the most well-known women on the planet for its upcoming big issues (her photos will appear in all 30 worldwide editions of the publication) including Lady Gaga, Penelope Cruz, Brooke Shields and Cindy Crawford. The US edition of Harper’s will boast Gaga on the cover, and it looks like even her French bulldog Asia made the cut for the shoot.

Here Mother Monster wears a pink Chanel jacket and a skirt designed by Karl Lagerfeld, which Roitfeld explains to Women’s Wear Daily that she herself actually cut shorter for the shoot. “For all the icons, I used fishnets. Fishnets are like my link,” Carine tells WWD.

Head below to see another photo of Lady Gaga from the upcoming issue of Harper’s Bazaar. 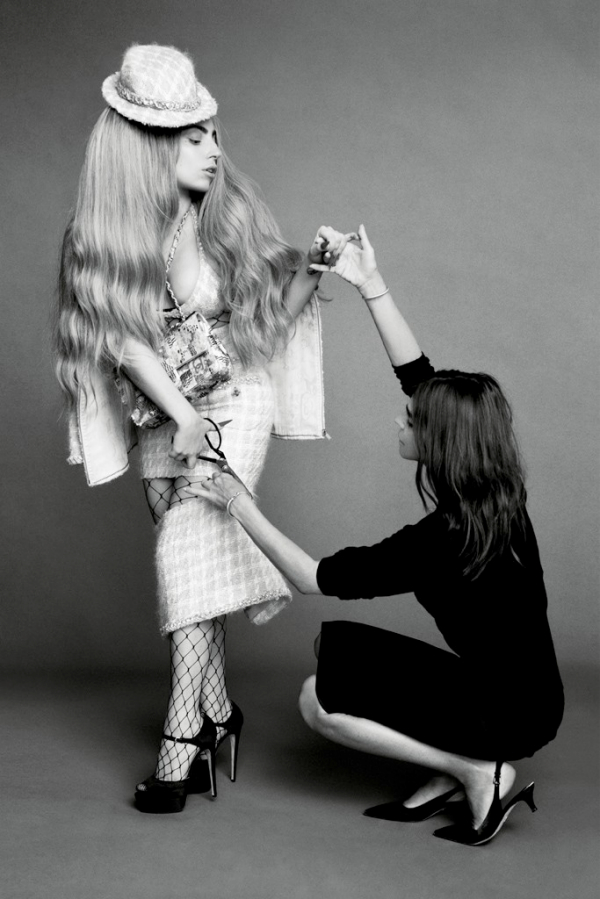