The “Work Bitch” pop princess graces the cover for the first time to discuss her ongoing Piece Of Me residency, which is expected to be extended through 2017, and “slowly but surely” working on her upcoming ninth studio album…which she isn’t too fussed about at the moment.

“There’s a lot going on with my kids and schools and adding new sports. I’m going to try to do my best to do an amazing album. But it’s not my full priority right now,” she tells the magazine.

Other fun B facts from the story? Brit listens to Taylor Swift‘s 1989 when getting ready for a show (she’s into “Out Of The Woods”!), and she’s positively head over heels for her new boyfriend, Charlie Ebersol. “”Our passion for life is on the same page,” she swoons.

And as for the inspiration behind her move to Vegas? It was actually inspired by a stay at Celine Dion‘s house over a decade ago: “I was actually jealous, like, ‘Oh, my gosh, she gets to be in one place all the time.’ Everything clicked: To have your children and your family and that way of life, it just makes sense to have everything in one place.”

Check out the full story at Billboard.

What do you think of B’s cover story? Sound off in the comments below. 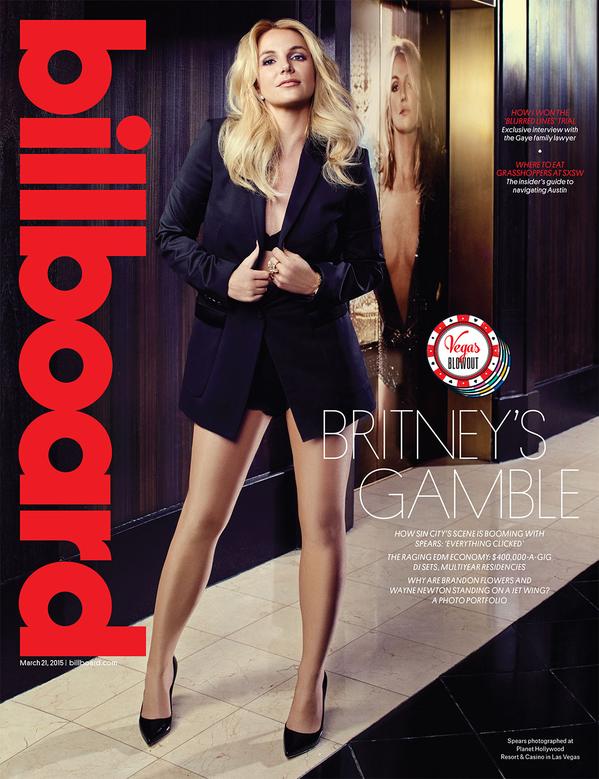