For one of the most controversial figures in pop culture, Azealia Banks’ Playboy spread was a major disappointment. The outfits were corny, she looked bored and the poses were extremely tame for a so-called dirty magazine. It’s a sad day when you can see more flesh on Miley Cyrus’ Instagram than in the pages of Hugh Hefner’s smut bible!

The femcee remedied the situation somewhat today (March 17) by sharing a topless pic on Twitter. She pours milk down her chest in the raunchy shot, which follows the played-out cat theme of the other pics. A more interesting snap of Azealia wearing a metallic corset also arrived online. It’s just as revealing, but comes across as strong and sexy instead of kitsch and embarrassing. See the obviously NSFW pics below and watch a behind-the-scenes video. 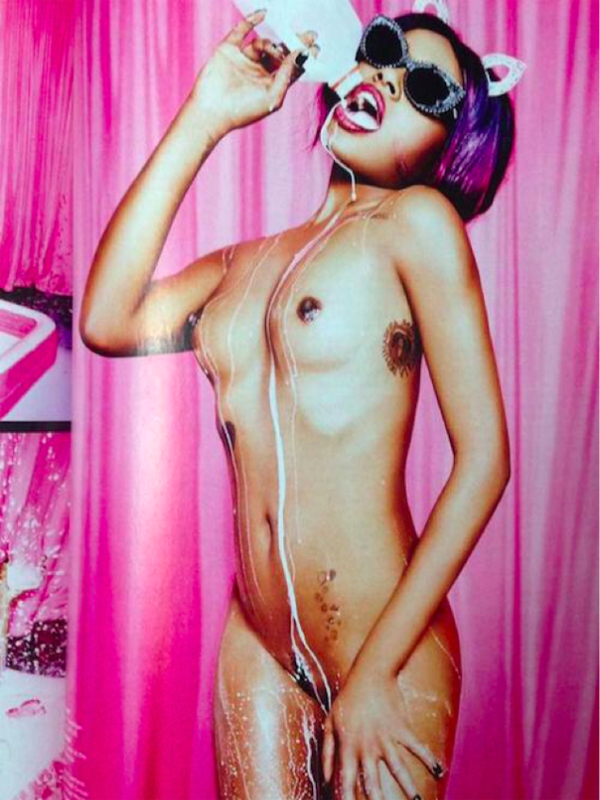 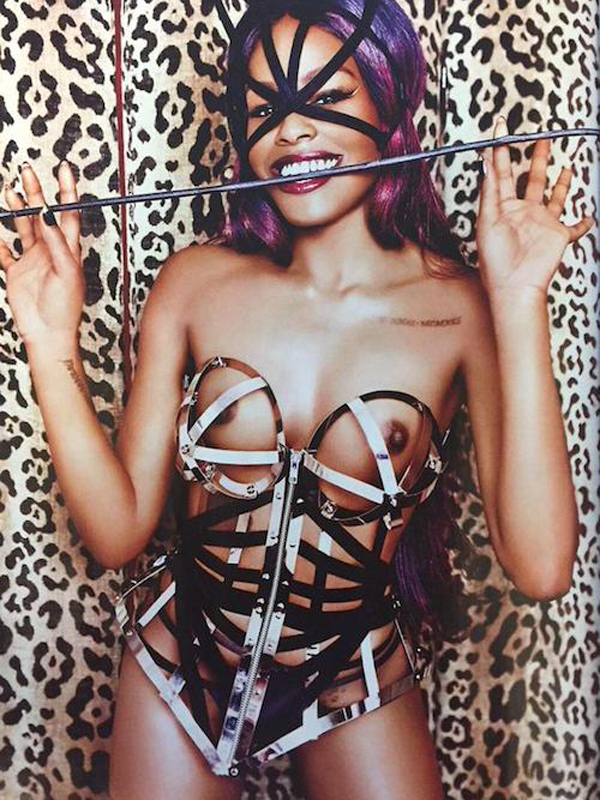 Is this the worst nude shoot of all time? Have your say in the comments below.