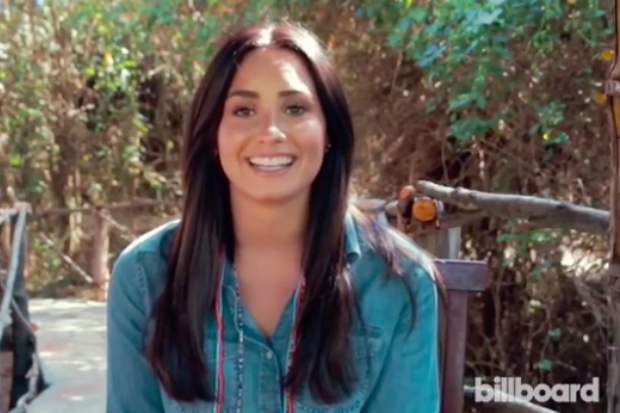 Demi Lovato shares her reaction to getting her very first Grammy nomination.
MORE >>

Demi Lovato is currently in Kenya as the celebrity ambassador for Me To We and We Movement — organizations that help build schools and provide necessities for poor children. The 24-year-old has shared pictures from her inspiring trip on Instagram and she seems to be having the time of her life getting reacquainted with the local people, culture and wildlife. (This is her third trip). She also find a moment to buy a new bikini and model it for fans because that’s just what people do in 2017!

The “Cool For The Summer” singer could be karmically rewarded for her good deeds with a Grammy. Demi nabbed her first nomination this year for Best Pop Vocal Album, which came as something as a shock. “The way that I found out was getting a phone call really early in the morning, and my assistant came in and said ‘Phil’ – who’s my manager – ‘Phil has to talk to you. Get on the phone,” she told Billboard. “So I answered it, and he said ‘You’ve just been nominated for a Grammy,’ and I literally shot up and said ‘Shut the fuck up.’”

Click through pics of Demi’s inspiring African trip up top.

Are you inspired by Demi’s good deeds? Let us know below, or by hitting us up on Facebook and Twitter!