We speak to the Dutch DJ about his long-anticipated debut LP and next single.
MORE >>
Martin Garrix Teams Up With Dua Lipa 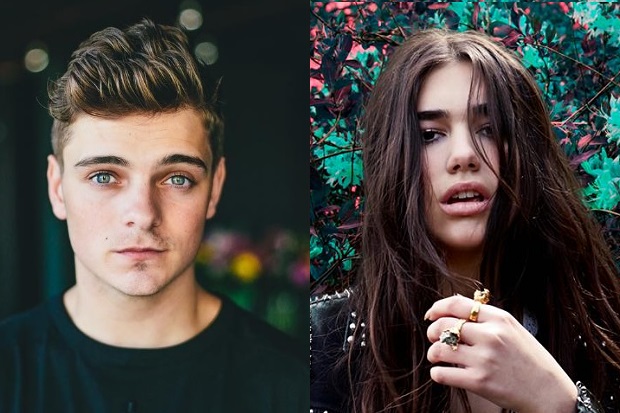 Martin Garrix & Bebe Rexha look sharp in their "In The Name Of Love" video.
MORE >>

Martin Garrix proved that the crossover success of “Animals” was no fluke when “In The Name Of Love” exploded last year. The Bebe Rexha-voiced banger peaked at number 24 on the Billboard Hot 100, crashed into the top 10 in most European markets and racked up 390 million streams on Spotify (and counting). The Dutch DJ is hoping to capitalize on that success with another pop-centric anthem called “Scared To Be Lonely,” which features the vocals of rising star Dua Lipa. The artwork arrived today (January 19) and it’s a suitably reflective affair.

“It feels like a follow-up,” Martin said of the collaboration (due January 27) when I interviewed him in December. “I’ve been in the studio so much. We have so many different options that we are considering. We had an A&R meeting with my label and I have seven new songs as potential follow-ups. Then it ended up being a complete new idea which is going to be the one. It feels like a follow-up because it gives me the same euphoric feeling, but this one has even deeper lyrics and it’s got more emotion, which I really think is important in a song.” See the artwork up top.