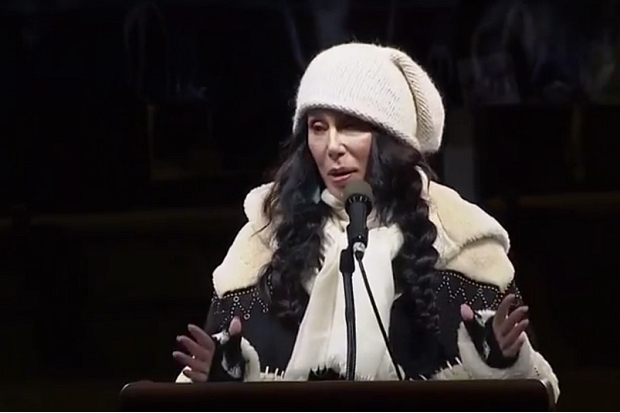 Celebrities have been quick to react to Donald Trump being sworn in today (January 20) as America’s 45th president.

Like the rest of us, they were on social media, in varying stages of grief — from Hillary Clinton supporter Katy Perry reporting that she was “sleeping in,” to Tegan and Sara saying they’ll see you at tomorrow’s Women’s March. John Legend was among those noting the turnout (“This one is so… roomy”).

Producer-songwriter Jack Antonoff called attention to how issues like health care, climate change and civil rights were all swiftly scrubbed from the White House website, which must be noted. But the best, if not most relatable reaction of all may be from Rihanna. She summed up her feelings in just three words: “worst breakup ever.”

See the reactions below.

The last 2 inaugurations were very crowded. This one is so… roomy