Zara Larsson Is A Golden Goddess In Her “So Good” Video 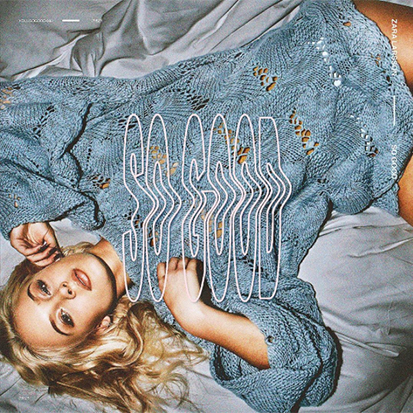 Almost here! Zara Larsson reveals the title and cover of her debut LP, 'So Good.'
MORE >>

After a pre-Christmas lull, Zara Larsson came back swinging in January with new single, “So Good.” Written by an all-star cast of hitmakers (Charlie Puth, Jacob Kasher, LunchMoney Lewis and Danny Boy Styles), the track oozes radio appeal with its criminally catchy chorus and multitude of hooks. It’s also destined to rack up those all-important YouTube views thanks to a very sexy video, which arrived this morning (February 3). Directed by Sarah McColgan, the glossy epic finds Zara in full glamor-puss mode.

The 19-year-old rocks gold body glitter, writhes around in a sequined dress and hangs out with her home girls. Ty Dolla $ign makes a brief cameo, but this is all about the Swede. It looks like everything is finally coming together for Zara. She unveiled the cover of her debut LP, also called So Good, yesterday as well as part of the tracklist. It features “Ain’t My Fault,” “I Would Like,” “Never Forget You” and “Lush Life.” That line-up is tantalizing enough, but her latest suggests that there’s even better pop where that came from. Watch “So Good” up top.