Katy Perry Teases Her “Chained To The Rhythm” Video 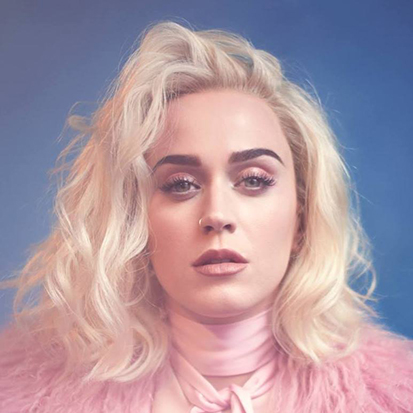 Katy Perry just won’t let those four words slip out of her mouth, but all signs point to “Chained To The Rhythm” being the title of her new single. Billboard first revealed (and then deleted) the title as well as the involvement of Skip Marley (Bob’s grandson). The songwriting and production credits then surfaced online. We know the reggae-tinged bop, which drops on February 10, is the handiwork of Katy, Sia and Max Martin. The “Roar” diva’s latest hint comes in the form of a video teaser.

“Why are we all so chained…,” the 32-year-old captioned a preview of the video on Instagram. It doesn’t give too much away. Katy drags along a disco ball chained to her heel and you hear a brief snippet of a breezy groove. I know some fans were predicting a dark, political anthem, but this sounds super perky. I’m glad the comeback queen hasn’t strayed too far from her signature pop sound. Everything is depressing at the moment and the world could do with a little distraction. Watch Katy’s video teaser below.

Why are we all so chained… #FRIDAYTHE10TH

Are you already stanning? Let us know below, or by hitting us up on Facebook and Twitter!