5 Amazing Things About Katy Perry’s “Chained To The Rhythm” 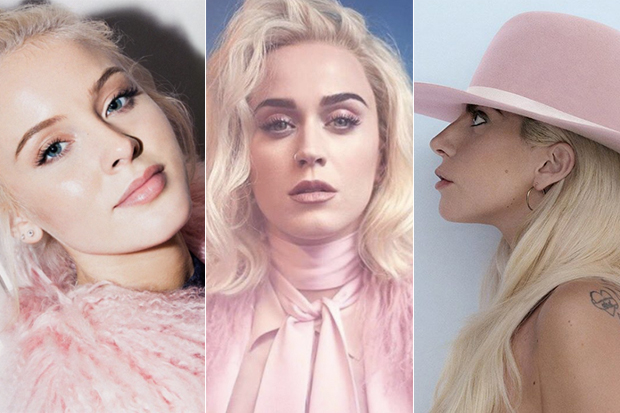 Katy Perry’s new era kicked off in earnest last night (February 9) with the arrival of “Chained To The Rhythm.” As expected from the various teasers, the first taste of KP4 is a mid-tempo pop/reggae hybrid with a feature from Skip Marley. Less apparent from the previews is the song’s political nature. This is a call-to-arms doubling as a party jam. The skill with which she shares her message without overtly preaching is admirable. The newly-blond diva says her peace while staying true to her trademark sound. It’s very 2017, but doesn’t sound out of place in her discography.

So, how does it hold up against Katy’s previous lead singles? Well, it’s not as instant as “I Kissed A Girl,” “California Gurls” or “Roar.” However, it does have a lot more to say. I also suspect it’s something of a grower. It has wormed its way deeper into my brain with each listen and I fully expect to be the song’s number one cheerleader by the arrival of the video. In the meantime I’ve put together something of a guide. Here are my five favorite things about “Chained To The Rhythm.”

1. It’s an unusually subversive pop song. On the surface, it sounds like typical radio fodder. However, when you pay attention to the lyrics, it’s clear that Katy is holding a mirror up to the people who choose to bury their head in the sand while the world burns.

2. The 32-year-old isn’t afraid to call the listener out. “Turn it up, keep it on repeat, stumbling around like a wasted zombie,” she sings on the chorus. Is this pop’s first anti-apathy party anthem? It sure feels likes it.

3. Katy’s new image finally makes sense with the arrival of new promo pics (above). This era stays true to her candy-colored aesthetic, albeit with washed out, pastel tones to reflect the depressing times we live in. She just gets it.

4. Skip Marley’s verse is a thing of beauty. “They greed over the people, they stumbling and fumbling,” Bob’s grandson declares on the bridge. “And we about to riot, they woke up, they woke up the lions.” This is when it becomes crystal clear that you’re listening to an extremely catchy protest song.

5. The sing-along outro gives me goosebumps. For a song that isn’t jam-packed with hooks, it lingers in the mind long after the final note. Fall in love with “Chained To The Rhythm” below.