Iggy Azalea’s “Haze” & “Somebody Else” Give Hope For ‘Digital Distortion’ 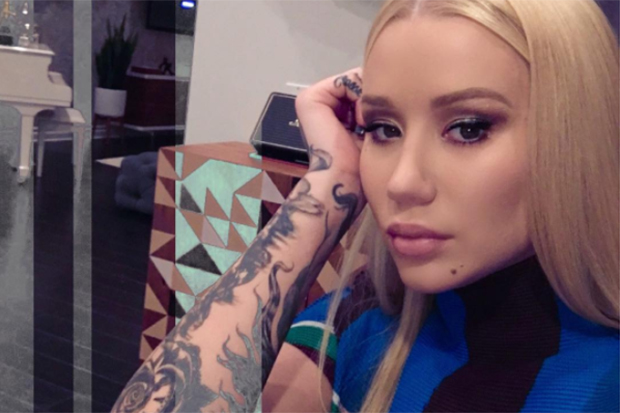 All signs point to Iggy Azalea finally relaunching with a new single and album.
MORE >>

How do you solve a problem like Iggy Azalea? The rapper’s sophomore LP has been on ice for two years at this point and every promise to reboot has fallen through. Take the album’s lead single, which was supposed to drop in January and feature a female vocalist. Well, it’s February and there’s still no sight of it. It’s all very frustrating (no wonder fan sites are throwing in the towel), but every now and again, something brings a little light to these dark, Iggy-free times. Like the arrival of a pair of very good leaks.

Two new tracks, “Someone Else” and “Haze,” surfaced on SoundCloud yesterday (February 9) and they couldn’t be more different. The former is a brazen fuck-you anthem (aimed at ex-fiance Nick Young, no doubt) with highly-quotable lyrics. “I’m about to move on to something that’s bigger and better,” she spits. “I hope you know what I mean, babe when I say bigger and better.” Message received! “Haze,” on the other hand, is a smooth love song with a cute tropical drop. “I’ve been trying to get used to how fast life been moving and looking for something outside this money to call mine,” I-G-G-Y coos. “Tell me, tell me, baby. Could you be that?”

While the tracks couldn’t be more different subject-wise, they both sound pretty damn good. Particularly, “Haze,” which proves the Aussie has a softer side. Time will tell if these originate from the original, subsequently scrapped Digital Distortion or are new demos she’s been working on. Honestly, it would do Iggy the world of good if she would fire up her controversial Twitter and let people know what’s going on before they stop caring. Listen to the songs below before they are inevitably removed.

Bitter bop “Somebody Else”:

Do you love the songs? Let us know below, or by hitting us up on Facebook and Twitter!