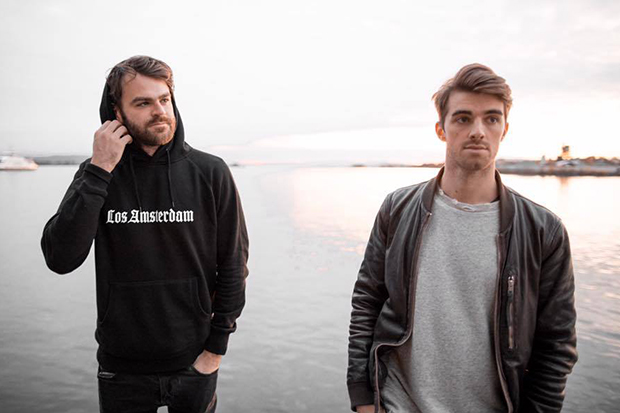 The Chainsmokers just announced that they are releasing an album & going on tour.
MORE >>

The Chainsmokers celebrated their Grammy for Best Dance Recording (they won for Daya collaboration “Don’t Let Me Down”) by spilling a little tea on the red carpet. Alex and Drew revealed the title and release date of their debut LP in an interview with Entertainment Tonight. The opus is called Memories, Do Not Open and arrives on April 7. At this point, the tracklist remains a mystery, but it’s expected to include current hit single “Paris” as well as their run of 2016 hits.

The duo first mentioned the project via Twitter on January 30. They celebrated the news by announcing a 40-date arena tour, which comes with a special bonus. Each ticket sold comes with a free download of their album. Where can you catch The Chainsmokers? The live extravaganza kicks off in Miami, Florida on April 13 and crisscrosses the continent, before winding up in Queens, New York on June 10. If you need even more incentive, Kiiara has signed on as their support act. See all the dates here.

Are you excited for the duo’s album? Let us know below, or by hitting us up on Facebook and Twitter!