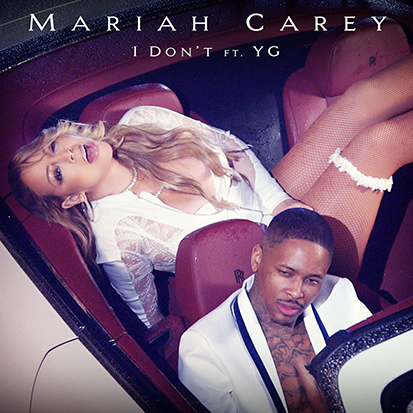 Mariah Carey is staging an epic comeback. On February 13, she announced that her new YG-featuring single, “I Don’t,” will get its live debut on Jimmy Kimmel Live‘s Wednesday night episode. This will be her first live performance since her botched three-song set on Dick Clark’s New Year’s Rockin’ Eve, which sparked a flurry of speculation over who was to blame.

There is no telling what Mariah has in store for her return to Jimmy Kimmel. Last time she was there (below), the veteran pop diva discussed her then-upcoming Las Vegas residency while sitting in a bathtub (below). All we’re saying is that her “I Don’t” video bears tons of inspiration. In one scene, she burns a wedding dress because she is Mariah Carey. (She even directed the campy visual.)

“I’ve always wanted to burn a wedding dress in a video,” she said to Billboard.