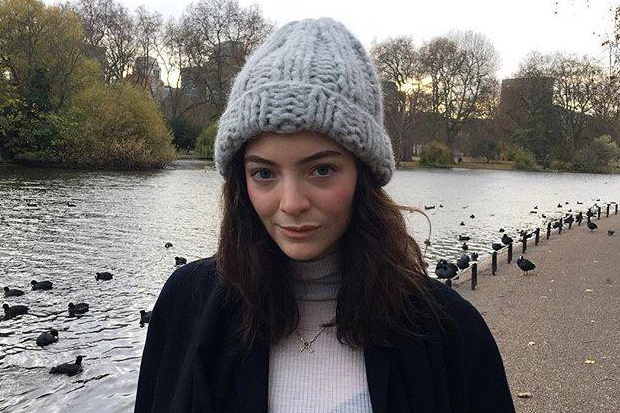 Lorde is releasing something new on March 7, according to her label Republic Records.
MORE >>

Looks like Lana Del Rey has a surprise in store.

Yesterday (February 17) a movie poster for Love, starring Lana herself, popped up at 4220 Sunset Boulevard in Los Angeles. (Thirty posters total were installed around the city, says the ad agency responsible, Dash Two to PopCrush.) Rich Lee, whose past work include Eminem‘s “Phenomenal,” is credited as director.

You may recall that Lana used a similar tactic to promote sophomore album Ultraviolence. A month prior to its release, billboards featuring the title were installed in Brooklyn. Lead single “West Coast” arrived less than a week later.

A month ago, Lana registered a song called “Young & In Love.” Its credits include Emile Haynie and Rick Nowels, who both worked with her for “Summertime Sadness,” as well as industry mainstay Benny Blanco. Registering tracks alone isn’t any guarantee that they will actually be released, though now, fans wonder whether Love is for “Young & In Love” in particular.

See the film posters for Lana Del Rey’s next era below.

She’s back! Promotional posters for Lana Del Rey’s upcoming single, “Young And In Love” have popped up in Los Angeles. pic.twitter.com/0ugEF9NtRF