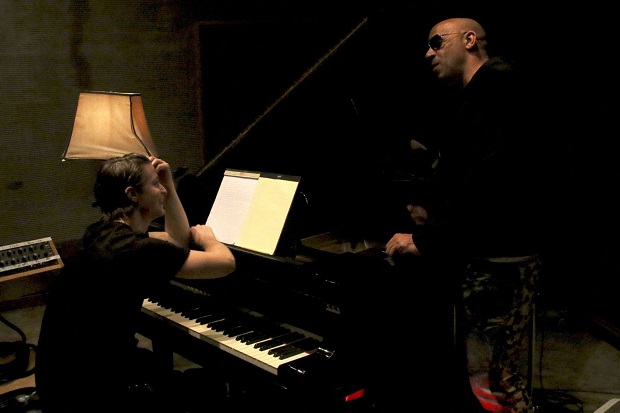 The action superstar says that his vocals are featured in Kygo and Selena Gomez's "It Ain't Me."
MORE >>

Based on the fan footage, this track has all the makings of a Latin crossover smash. Not only does it feature Pitbull, but it also features reggaeton singer J Balvin, whose song “Ginza” has over 680 million YouTube views. (J Balvin is also nominated for Artist of the Year at the Billboard Latin Music Awards. During the shoot, fans heard what may be two versions of the same track, one in English and one in Spanish.

A Pitbull fan site reports that the song is titled “Hey Mama” and for the next Fast and Furious movie, The Fate of the Furious, though nothing has officially been announced. See Camila Cabello, Pitbull and J Balvin on set below.

Camila and @JBALVIN on set for the music video (via groovemanmusic on Instagram) #2 pic.twitter.com/fupohXG9nW