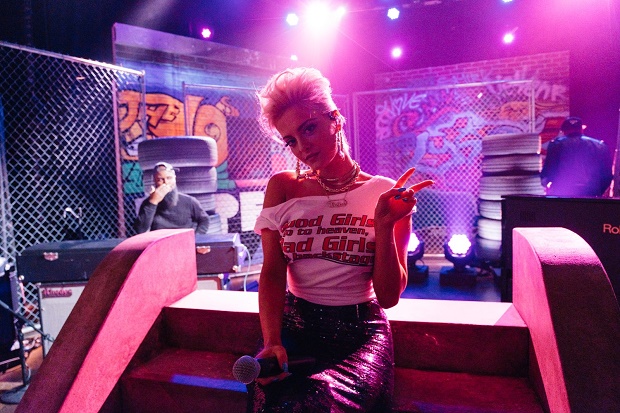 Bebe Rexha performs an unplugged version of "I Got You" that interpolates "Say My Name."
MORE >>

The secret is (officially) out: After months of rumors and refusing to comment, Cheryl confirmed that she is pregnant in a new photo shoot for a charity youth campaign.

The pop veteran appears as one of 15 ambassadors, including Dame Helen Mirren, for “All Worth It,” a collaboration between L’Oreal Paris and the Prince’s Trust to help those in the UK struggling with self-doubt. And while Cheryl doesn’t talk her pregnancy in the campaign, her baby bump is now out for the world to see.

Cheryl is expecting her first child with Liam Payne, who she started dating late last year. Of all people, Liam’s fellow One Direction bandmate Niall Horan spilled the beans first. Last month, in an interview with The Daily Star, Niall said that he was “looking forward” to Liam becoming a father. “He’s great and she’s lovely, it will be a lovely child,” he said.

See Cheryl reveal her pregnancy in the “All Worth It” campaign below.

Joe Jonas Reflects On 'Fastlife,' Admits He Was Jealous Of Nick's Success
END_OF_DOCUMENT_TOKEN_TO_BE_REPLACED

…turn self-doubt into self-worth. The “All Worth It” Confidence training program starts now! Link in bio👆🏼 #ALLWORTHIT #PRINCESTRUSTLOREAL pic.twitter.com/QrhrXjVaui