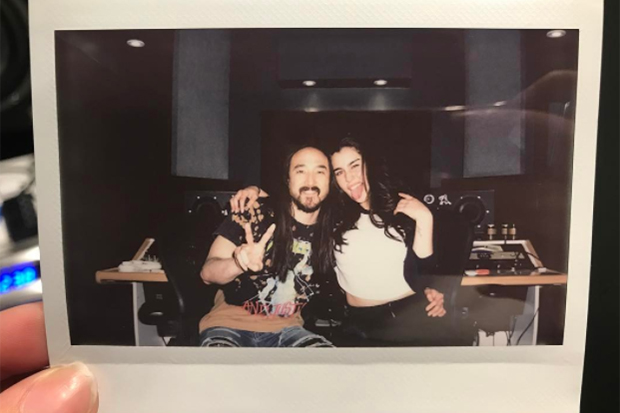 The lovely ladies of Fifth Harmony are in high demand with club producers. Camila Cabello recently lent her voice to Cashmere Cat’s “Love Incredible,” while Lauren Jauregui has a collaboration on the way with Steve Aoki. It looks like Ally Brooke is about to join the club after hitting the lab with Lost Kings. “Look at what we up to…,” the LA duo captioned a black-and-white studio pic. This makes sense to me. The 23-year-old has already proved her vocal chops with killer covers and a club feature won’t interfere with the girl group’s third LP.

As for Lost Kings, they recently made waves with debut single “Phone Down.” The Emily Warren-assisted banger was warmly received at pop radio and is steadily racking up Spotify streams. They followed that up with “Quit You,” a fluttery bop featuring Tinashe. It will be interesting to see where they go with Ally. The budding diva sounds equally good in English or Spanish, and has displayed a knack for moody, stripped-back performances as well as the upbeat pop of 5H. See their Instagram post below.

Look at what we up to.. 👑@allybrookeofficial

Are you excited for the collab? Let us know below, or by hitting us up on Facebook and Twitter!