Should Have Been Bigger: Ashlee Simpson’s “Outta My Head (Ay Ya Ya)” 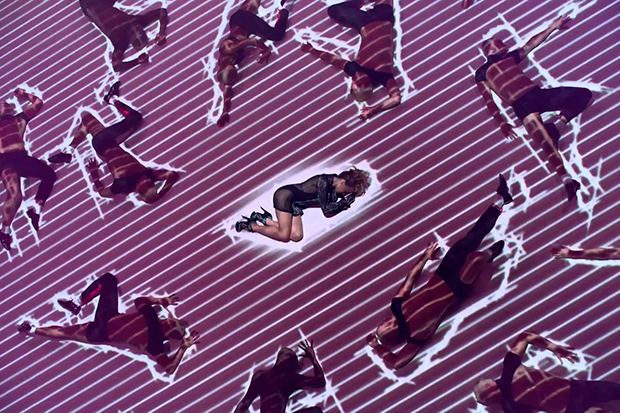 I could write an essay explaining why Ashlee Simpson’s eclectic, forward-looking Bittersweet World is one of the most underrated albums of the ’00s, but, for now, I’m going to focus my attention on the lead single. After establishing herself as a legitimate contender to Avril Lavigne’s pop/rock throne with gems like “Pieces Of Me,” “La La” and “Boyfriend,” the (then) 23-year-old decided to mix things up on album number three with a little help from super-producers Timbaland and Chad Hugo. What could go possibly wrong?

Just about everything, it turns out. Radio refused to play “Outta My Head (Ay Ya Ya),” fans were confused by Ashlee’s synth-pop sound and it became her first single to miss the Billboard Hot 100. Geffen rush-released the more familiar-sounding “Little Miss Obsessive,” but the damage was done and the album tanked. It’s a shame because Timbaland pulled off a minor miracle. The track is big, bold and relentlessly catchy. Sure, it owes a debt to Gwen Stefani’s “What You Waiting For?,” but everything ripped off Love. Angel. Music. Baby. in the mid to late ’00s.

I often wonder if tragedy could have been averted by kicking off the project with something less at odds with Ashlee’s previous output, like “Rule Breaker,” “No Time For Tears” or “Boys” (my favorite song on the album). But the temptation to go for gold is understandable. After all, a similar strategy worked for Nelly Furtado only a couple of years earlier. Oh well, at least we have an oddball opus of epic proportions to cherish. Relive the magnificence of “Outta My Head (Ay Ya Ya)” by watching the video below.

Is this a slept-on gem? Let us know below, or by hitting us up on Facebook and Twitter!