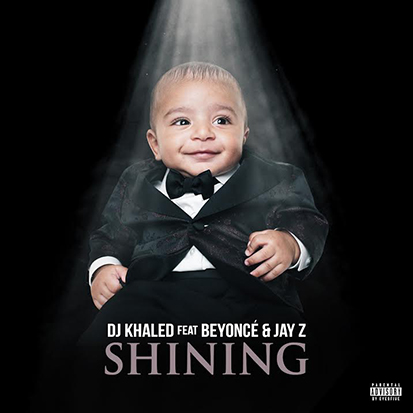 PSA: Do not trust DJ Khaled to keep a secret.

Yesterday, the hit-making producer was at a video shoot for his next all-star anthem — what he kept calling a “TOP SECRET.” But as the kingpin of social media, he proceeded to post no less than 10 photos and videos from the set, to reveal all those involved: Lil Wayne, Justin Bieber, Chance the Rapper and Migos. The now-camera shy Justin can’t even contain his excitement, as he runs circles around Khaled while flaunting his floral tracksuit.

While Justin may seem like the odd man out, the pop superstar has actually worked with every single vocalist on set. He featured both Tunechi and Chance on his 2013 compilation Journals, before Chance returned the favor and recruited Justin for Coloring Book‘s “Juke Jam.” Justin also worked with Migos on “Looking for You,” a 2014 track that was never officially released, though arrived long before “Bad and Boujee” topped the charts.

Meanwhile, DJ Khaled is clearly trying to get a hot streak going. Immediately after the Grammys he released “Shining,” featuring none other than hip-hop royal couple Beyonce and Jay Z, which has since debuted at No. 25 on the Hot 100. Get a behind-the-scenes look at his next video shoot below.

Big up my stylist @terrellish .. #GRATEFUL THE ALBUM COMING! @wethebestmusic ! Bless up my brother @justinbieber