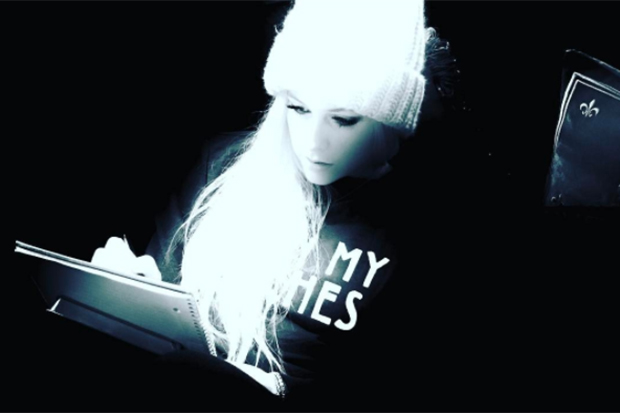 It’s all coming together for Avril Lavigne. The Canadian pop/rocker has signed a new record deal and has new music on the way. “For this album I have a new team behind me and I just signed with BMG,” she revealed in an Instagram video. “I’ve been working really hard on the new music and it’s a reflection of my journey over the last few years. At this point in my career and in my life, I just wanted to put fresh energy around me and I feel like I’m having somewhat of a rebirth in my life.”

“I’ve been faced with a lot and gone through a lot emotionally,” the 32-year-old continues. “The whole writing process has been therapeutic and empowering. Without trying to make an album, I’ve made one.” The news isn’t that surprising given Avril’s steady stream of social media updates. “I wanted to first thank my fans for your patience & support during my time away throughout my battle with Lyme Disease over the past 2 years,” she captioned a New Year’s message on Instagram. “It hasn’t just been a hard battle but it’s also been enlightening and will reflect in my new music, artistry, life, and personally.”

“I’m really happy to announce that I am now working on new music and I will be releasing a new album in 2017. I can’t wait to open up and share my heart with you!” Since then, the “Complicated” hitmaker has kept fans in the loop by teasing lyrics on social media. Four years have passed since the release of Avril’s 2013 self-titled LP, so we’re well and truly overdue for new music. Watch the comeback queen’s announcement below.

Incredibly excited to be a part of the @bmg_us family and be working with them on the release of #AL6! So excited to share more with you guys in the coming weeks!

Are you excited for Avril’s comeback? Let us know below, or by hitting us up on Facebook and Twitter!