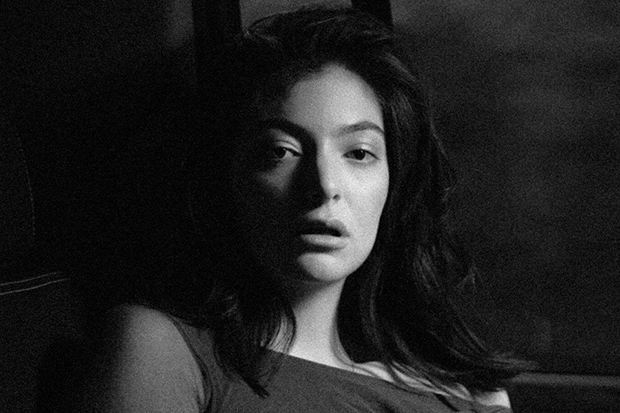 It’s official. Lorde’s new single is called “Green Light.” The title was first revealed by Record Of The Day editor Lee Thompson on Twitter and has subsequently been confirmed by a radio listing. If that’s not enough proof for you, watch the Kiwi pop star’s third video teaser (below), which was projected onto a building surrounded by, you guessed it, green light. That clip also provides the first taste of the song, which sounds like a surprisingly upbeat pop anthem — at least by Lorde’s standards!

“Come get my things but I can’t let go,” she sings over a driving beat. “I’ve waited for it.” The 20-year-old has also shared a bunch of stills from the video, which show cars, beaches and lakes covered in a haze of green light. Of course, the 20-year-old first announced her return via a TV commercial on New Zealand network TVNZ1. It also gave us the release dates — March 2 for New York City and March 3 for NZ. Get a (little) taste of the song and scroll through stills from the mysterious video below.

ok.. this one is longer.. WIG pic.twitter.com/G4GeRraxQV

"SHE THINKS YOU LOVE THE BEACH, YOU'RE SUCH A DAMN LIAR"- GREEN LIGHT pic.twitter.com/iCoOsQgDhO

Are you ready for Lorde’s latest? Let us know below, or by hitting us up on Facebook and Twitter!