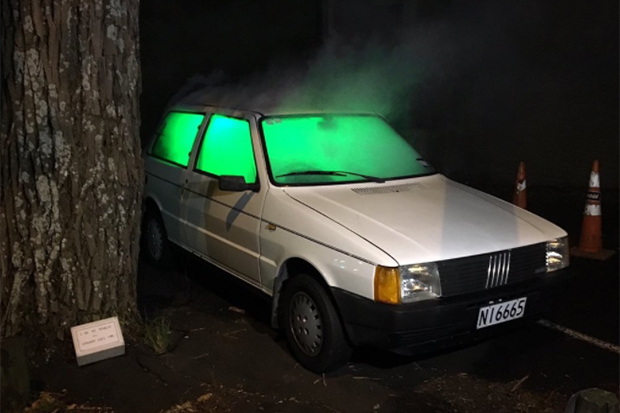 And she’s back! Lorde returns today (March 2) with “Green Light,” the first taste of her long-awaited sophomore LP. “It’s very different, and kinda unexpected,” the Kiwi superstar promised on Instagram. “It’s complex and funny and sad and joyous and it’ll make you DANCE.” Well, she’s a woman of her word. Those adjectives definitely apply to the unstoppable single, which was produced by Ella, Frank Dukes and Jack Antonoff. The latter had the biggest impact, sonically. This sounds like a cross between Bleachers and Taylor Swift’s 1989.

Does that make it a sell-out pop anthem? Not really. There’s an edge to this that sets it apart. “Green Light” is a deceptively bitter break-up anthem with quintessentially Lorde lyrics. However, fans craving the darkness that hovered over Pure Heroine like a menacing fog will be a little disappointed. But don’t be too concerned. “It’s the first chapter of a story I’m gonna tell you, the story of the last two wild, fluorescent years of my life,” Lorde explained. Maybe subsequent songs will pack a heavier punch? Watch the Grant Singer-directed video up top.

auckland you are the greatest for coming out last night.. third and final teaser is up, and i am so overjoyed to finally announce that my first single, GREEN LIGHT, is coming out tomorrow with a video directed by grant singer at 8am nz / 2pm nyc 💚💚💚 i am so proud of this song. it's very different, and kinda unexpected. it's complex and funny and sad and joyous and it'll make you DANCE. it's the first chapter of a story i'm gonna tell you, the story of the last 2 wild, fluorescent years of my life. this is where we begin.. ❇️