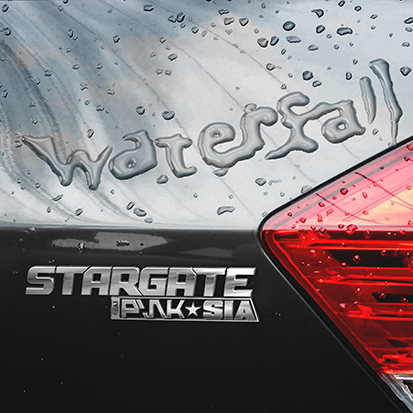 Super producers Stargate, otherwise known as Tor Erik Hermansen and Mikkel Eriksen, have captured the attention of pop fans with their star-studded artist project. The Norwegians will release “Waterfall,” their first single since the early ’00s, on Friday (March 10) and it’s a sultry, dancehall-infused banger featuring Pink and Sia. “I’m in the jungle now, you’ve been seeking, I’ve been hiding out,” the “Just Like Fire” bad-ass kicks off the first verse. “You may find me ’cause my heart beats loud (so loud), it beats fast it the places where you touched me last.”

Sia then steps in for the pre-chorus. “I’ve lost control, I paddle but you’re too strong,” she purrs. “But I gotta trust your flow ’cause boy, I’m in your waterfall (waterfall).” I wasn’t expecting a sexy bedroom anthem, but I’m very much here for it! The dueling divas are in fine form and the production is on-trend. The only letdown is the chorus, which doesn’t quite pack as much punch as the dramatic verses. All in all, however, it’s a great start to Stargate’s new adventure. Stream “Waterfall” below. It was co-written by Diplo and Jr. Blender.