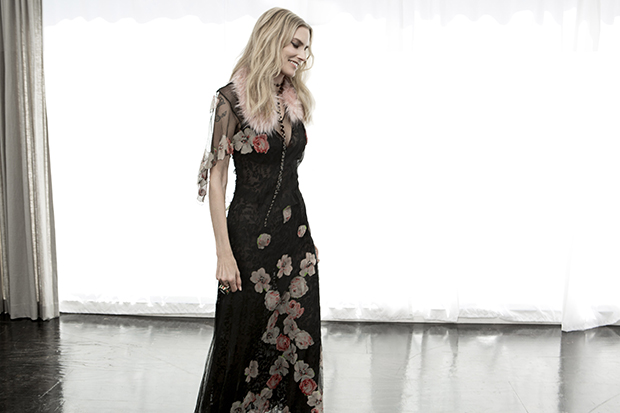 Aimee Mann opens up about the sound and direction of new LP 'Mental Illness.'
MORE >>

Aimee Man will release her first album in five years on March 31. The singer/songwriter teased Mental Illness (she explains the title here) with a wonderfully obtuse single called “Goose Snow Cone” and now gives further insight into the project with “Patient Zero.” And it’s a little easier to decipher. “Go west, young man, go west, take a real screen test,” she chides an aspiring actor, before arriving at the melancholy chorus: “Life is grand and wouldn’t you like to have it go as planned?”

“I believe ‘Patient Zero’ is a song about Hollywood disappointment,” director Daniel Ralston reveals. “I wanted to make a video about the same thing, on a smaller scale… it’s about being able to let go of the things we want but can’t have.” The video stars James Urbaniak — of Difficult People fame — as The Dresser on a play called The Hermit. He becomes friends with his client, but it doesn’t quite work out. If you need a dose of dark, depressing yet undeniably melodic and exquisitely-executed pop, this song is (and video) is for you.