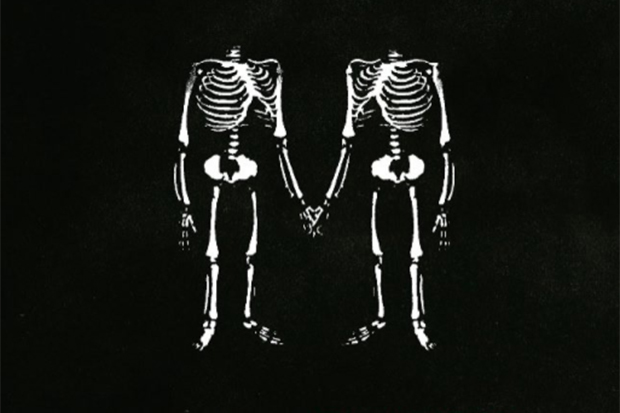 Fridays can be overwhelming for pop fans. Every week you’re bombarded with a glut of new music, which can lead to ear candy falling through the cracks. I’m hoping to circumvent that tragic scenario with The Drop — a cheat sheet (of sorts) to get you through New Music Friday. By now, you’ve probably heard Stargate’s collaboration with Pink and Sia, “Waterfall,” and possibly checked out Nelly Furtado’s pretty buzz track, “Phoenix.” But that’s just the tip of the iceberg.

Let’s start with a couple of unexpected covers. Haze-pop trio XY&O introduce their second EP with a shimmery interpretation of Tina Turner’s “What’s Love Got To Do With It.” I died a little inside at the prospect of this blasphemy, but their version is so fundamentally different from the original that I can judge it for what it is — an emotional, expertly crafted piece of electronica. A Great Big World stays closer to the source material on their soaring, respectful cover of “When I Was A Boy,” originally performed by Jeff Lynne’s ELO.

You know it’s going to be a good New Music Friday when Goldfrapp blesses us with a song. The British duo teases their 7th LP, Silver Eye, with a dark and dangerous anthem called “Ocean.” It’s epic, ethereal and bolder than lead single, “Anymore.” At the other end of the electro-pop spectrum is Sweden’s rowdy Ängie. She pulls no punches on “Spun” (“you want me I know it’s a fact, yeah you want that snatch”), but there’s more to her than the mind of a poet. The production is refreshingly offbeat and that quirky chorus lingers.

Next up is a pair on the verge of very big things. Alexandra Savior made waves in 2016 with debut single, “Shades.” She then established her singer/songwriter chops with subsequent singles, but “Vanishing Point” is the best showcase yet of her evocative, widescreen sound and scene-setting lyrics. While the 21-year-old is very much on the rise, Hey Violet already landed a well-deserved hit with “Guys My Age.” The band moves even further away from their pop/rock roots on monstrous electro-anthem, “Break My Heart.” They are destined to have a massive year.

While we’re on the subject of artists swapping genres, Wrabel moves away from the piano-pop of “11 Blocks” in favor of distorted electronica on “Bloodstain.” However, while the soundscape is (radically) different, the track stays true to the singer/songwriter’s sadcore leanings as he takes us through his disastrous dating history. It’s raw, honest and relatable. Ricky Reed explores the flip side of those emotions on euphoric love song “Joan Of Arc.” Co-written with Charli XCX, this makes it three gems in a row from the super-producer’s artist project.

That takes us to Leon Else. The Brit went viral last year with “Dance,” a slinky soul-pop anthem accompanied by a killer video. (He basically recreated Janet Jackson’s “The Pleasure Principle”). Well, the buzz artist doesn’t need a gimmick to generate attention as “The City Don’t Care” proves. The ’80s-influenced synth-pop song is as offbeat as it is charming. Another male-voiced bop worthy of your $1.29 is Jon Bellion and Vice’s bouncy banger, “Obsession.” This will do nicely until Jon rolls out the follow up to “All Time Low.”

Looking for something upbeat to kick off the weekend? gnash has been surfing the tidal wave of hype surrounding “i hate u, i love u” for the best part of a year, but he has been quietly rolling out new music in the meantime. “something” is still my favorite, but “i could change your life” is a great example of his feel-good pop/hip-hop hybrid sound. German duo Milky Chance knows a little something about following up a monster hit. They are hoping to escape the shadow of “Stolen Dance” on sophomore LP, Blossom. If the excellent title track is any indication, they have a very good chance. Take a listen in my playlist below.