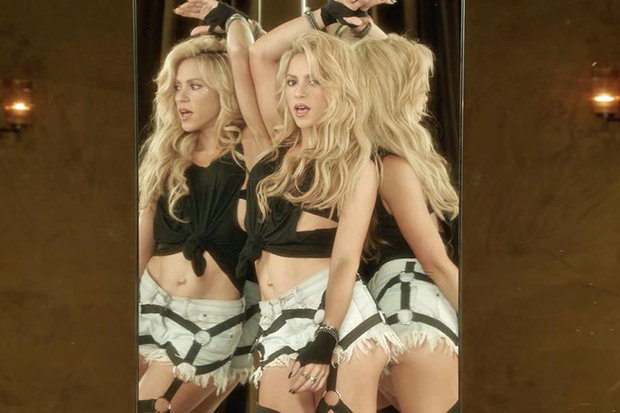 Last month, Shakira tweeted that her 11th LP is coming “very soon.” It turns out, she’s a woman of her word. “So happy about how my new album is coming together… celebrating in the studio,” the “Chantaje” hitmaker captioned a cute video. She even gave specifics. “Just approved an awesome mix of ‘When A Woman’ for my new album!” the Colombian goddess exclaimed. “Can’t get enough of this song!” That title also confirms that she’s rolling out a bilingual opus, probably something similar to 2010’s Sale El Sol.

The 40-year-old has been unusually prolific of late, lending her voice to hit collaborations with Maluma, Prince Royce and Carlos Vives. However, Shakira has also been working with A-List producers on English-language material. For example, there’s that mysterious song with David Guetta and Sean Paul. “I can speak about a song I did with Shakira recently,” the dancehall superstar told Billboard in August, 2016. “It’s a production by David Guetta. I think it’s going to be called ‘Temple.’ It’s more of a dancehall EDM type thing.” See the superstar’s album updates below.

Feliz de como está quedando mi nuevo álbum. Celebrándolo en el estudio! / So happy about how my new album is coming together… celebrating in the studio with my 'Afro Puffs'! Shak

Just approved an awesome mix of "when a woman" for my new album! Can't get enough of this song! / Aprobando la mezcla de "When a woman" para mi nuevo álbum. Me encanta esta canción! Shak

Are you excited for Shakira’s new album? Let us know below, or by hitting us up on Facebook and Twitter!