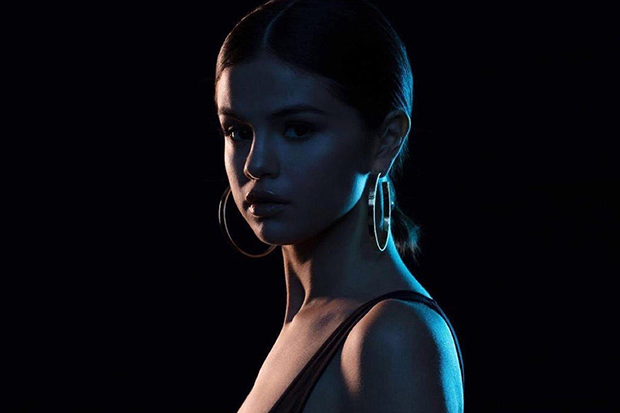 Selena Gomez is returning to the spotlight, on her own terms. In her first American Vogue cover story, she explained why she canceled her Revival tour last year to check herself into a psychiatric facility — and what she has done for her mental health since.

Selena says she went to a facility in Tennessee and enrolled in a 90-day therapy program with several other young women (“You have no idea how incredible it felt just to be with six girls, real people who couldn’t give two shits about who I was, who were fighting for their lives”). This wasn’t due to addiction or burnout, but what sounds like an identity crisis. She was used to performing for kids, as a Disney Channel star growing up in the spotlight. But when she saw the older crowds at the Revival tour, Selena suddenly felt like she had nothing to offer.

“Tours are a really lonely place for me. My self-esteem was shot. I was depressed, anxious. I started to have panic attacks right before getting onstage, or right after leaving the stage. Basically I felt I wasn’t good enough, wasn’t capable. I felt I wasn’t giving my fans anything, and they could see it — which, I think, was a complete distortion. I was so used to performing for kids. At concerts I used to make the entire crowd raise up their pinkies and make a pinky promise never to allow anybody to make them feel that they weren’t good enough. Suddenly I have kids smoking and drinking at my shows, people in their 20s, 30s, and I’m looking into their eyes, and I don’t know what to say. I couldn’t say, ‘Everybody, let’s pinky-promise that you’re beautiful!’ It doesn’t work that way, and I know it because I’m dealing with the same shit they’re dealing with. What I wanted to say is that life is so stressful, and I get the desire to just escape it. But I wasn’t figuring my own stuff out, so I felt I had no wisdom to share. And so maybe I thought everybody out there was thinking, This is a waste of time.”

Selena now visits her therapist five days a week, who uses dialectical behavior therapy in efforts to help regulate emotions, improve communication and practice mindfulness. She brings this up because “I wish more people would talk about therapy. We girls, we’re taught to be almost too resilient, to be strong and sexy and cool and laid-back, the girl who’s down. We also need to feel allowed to fall apart.”

A smaller, but still helpful act of self-care was deleting the Instagram app from her phone. Now, only Selena’s assistant knows the password to her account, which has 113 million followers. “I always end up feeling like shit when I look at Instagram,” she says. “Which is why I’m kind of under the radar, ghosting it a bit.”

See the photos from Selena Gomez’s Vogue cover story up top, then get a behind-the-scenes look below. Read the cover story in full here.

Watch this video on The Scene.
Ciara Shows Off Her Baby Belly In Powerful 'Harper's Bazaar' Shoot
END_OF_DOCUMENT_TOKEN_TO_BE_REPLACED