Celine Dion & Zendaya Pose With Their Stylist In ‘Hollywood Reporter’ 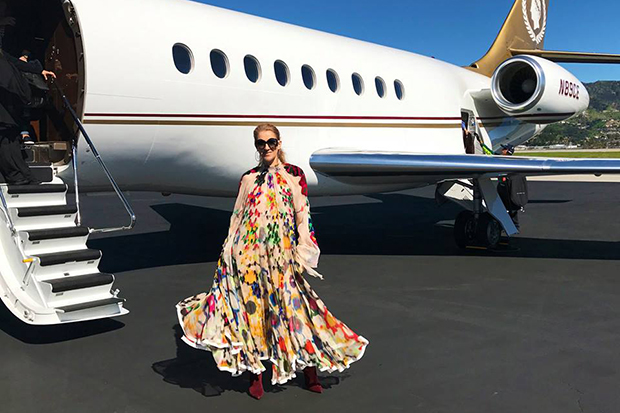 Celine Dion's "How Does A Moment Last Forever" is understated and moving.
MORE >>

Celine Dion and Zendaya posing in front of a private jet in haute couture is the photo shoot you didn’t know you needed in your life. The reason for the explosion of glamor and luxury? It turns out the ladies share the same stylist, Law Roach, and they honor him by showing off his handiwork in Hollywood Reporter. It goes without saying that the “Replay” diva looks gorgeous, but queen Celine steals the show. She serves look after look, making supermodels redundant with her general fabulousness.

Apart from embarking on a belated modeling career, the 48-year-old also has a new song of the live action remake of Disney’s Beauty And The Beast. She contributes a gorgeous ballad called “How Does A Moment Last Forever,” which was penned by songwriting gods Alan Menken and Tim Rice. The track is already being touted as a favorite for Best Original Song at next year’s Oscars. Listen to the pop icon’s heartwarming anthem below and check out her fashion shoot up top.