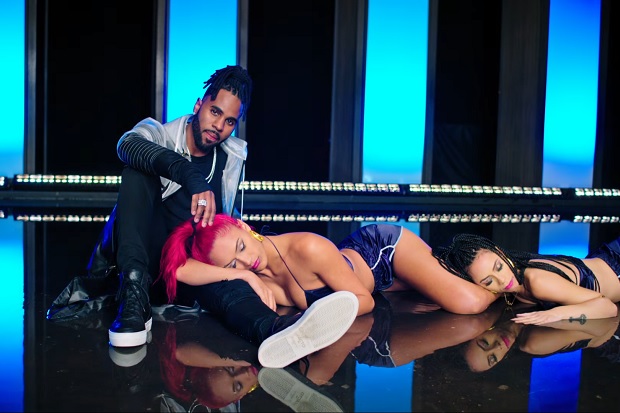 Iggy Azalea is making sure you pay attention to her next move. Last night (March 17) she posted pieces of her cover art for next single “Mo Bounce.” Assembled correctly, the complete image shows The New Classic rapper dropping down in a flame print bikini. The background shows how her swimsuit appears straight on, though as if through video playback distortion. Meanwhile, Iggy’s reflection reveals that from behind, the bikini doesn’t cover much at all.

Previously, Iggy teased “Mo Bounce” with videos of her perfecting her twerking, along with a series of eye-popping promo pics. She isn’t leaving anything to chance, especially since new album Digital Distortion has been delayed a few times already. “I hope my fans understand my life has been filled with so many personal changes,” she said recently. “I felt it was important I made some creative changes too — I needed my album to reflect where my head’s at in 2017.”

“Mo Bounce” is out March 24. See a few puzzle pieces of her single art below.