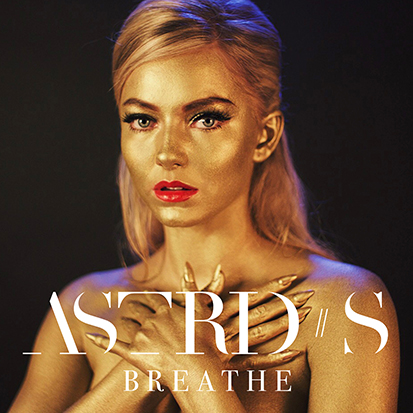 Astrid S has a hit on her hands with slinky electro-pop anthem, "Breathe."
MORE >>

Astrid S’ “Breathe” is the best song to emerge from Scandinavia this year. An icy electro-pop anthem with a hypnotic chorus, the 20-year-old’s latest is bigger and bolder than 2016 hits “Hurts So Good” and “Running Out.” That’s also reflected in the video, which was directed by Cherry Cobra Films. The Norwegian pop star plays a knife-throwing, gun-toting vigilante in the visual. But don’t judge her too harshly, she’s doing it all for love! The clip evokes vintage James Bond and cult classics like Pulp Fiction.

“This is the biggest music video I’ve done yet!” Astrid says of the opus. “There was a big crew, a lot of equipment and effects, not to mention all the costumes and clothes! I think the video manages to capture the edge and sassiness of the song, with a good mix of serious and funny. I’m so excited to share it!” With the catchiest track of her career and a soon-to-go viral video, “Breathe” could be the track that elevates the newcomer from buzz artist to breakout star. Watch the camp, retro action up top.

BREATHE MUSIC VIDEO IS OUT!!! Link in my bio <3 @noisey