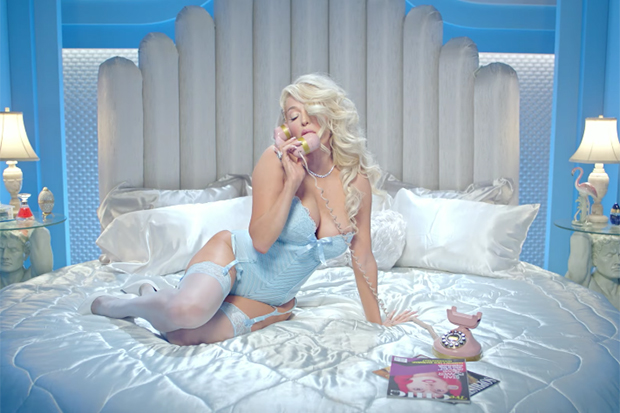 Iggy Azalea‘s “Mo Bounce” video won’t be boring, that’s for sure. Leading up to its March 24 premiere on VEVO, The New Classic rapper is sharing snippets of the video all week via GIFs on GIPHY.

We see kid dancers get busy on bustling streets in Hong Kong. Iggy strikes a pose with Fast and Furious-worthy cars. And trust — given the song’s title, Iggy twerks as she learned from watching Atlanta strip club dancers, long before “Fancy.”

The song itself, out a day earlier on March 23, was produced by Stereotypes (Bruno Mars’ “24K Magic” and “That’s What I Like”) and Far East Movement, whose 2016 album Identity featured Tiffany of Girls Generation, Soulja Boy and Tinashe.

The “Mo Bounce” video is directed by Lil Internet (Beyonce‘s “No Angel”). See some GIFs of the action below.