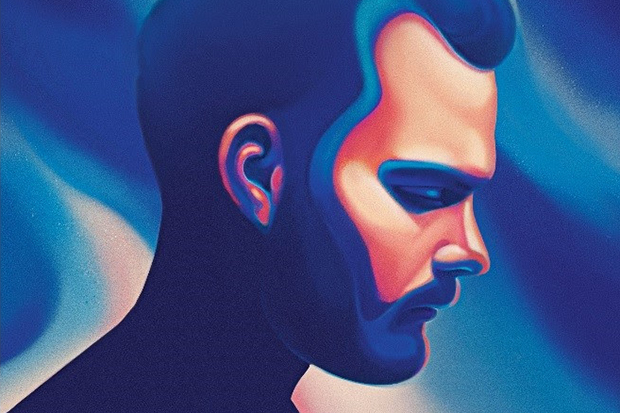 Fridays can be overwhelming for pop fans. Every week you’re bombarded with a glut of new music, which can lead to ear candy falling through the cracks. I’m hoping to circumvent that tragic scenario with The Drop — a cheat sheet (of sorts) to get you through New Music Friday. By now, you’ve probably heard Iggy Azalea’s “Mo Bounce” and possibly bopped along to ZAYN and PARTYNEXTDOOR’s summery “Still Got Time.” But that’s still just the tip of the pop iceberg.

Let’s start with a pair of massive pop anthems. Bipolar Sunshine landed a global hit in 2016 when DJ Snake remixed “Middle.” The Brit could have another one on his hands courtesy of “Are You Happy.” I love sad, yet hopefully songs and this fits the bill as he demands, “Are you happy? Are you living in a world of broken hearts?” over an avalanche of synths. May the radio gods smile on this. Equally catchy is LunchMoney Lewis’ deceptively-titled “H.O.E.” Before you get mad, that’s an acronym for “Heaven On Earth” and the track is as sweet as an ice cream sundae.

You know it’s going to be a good New Music Friday when Future Islands is in the mix. “Cave” is the latest track from the group’s 5th LP, The Far Field, and it’s every bit as bold and brooding as lead single, “Ran.” This reminds me of The Cure circa Kiss Me, Kiss Me, Kiss Me. Which is obviously a very good thing. Decidedly more mellow, but equally enchanting is Sportsman’s “Running On A Beach.” The Swedish DJ delivers a sun-dappled, ambient-pop with a light R&B influence. Close your eyes and drift away.

While you’re already blissed out, give Goldfrapp’s exquisite “Moon In Your Mouth” a spin. I’ve been a tad underwhelmed by the duo’s previous Silver Eye buzz tracks, but Alison and Will really come through on this beautiful electronic journey into the stars. Sarah Hudson’s “Gypsy Girl” is similarly cosmic and gorgeous. While this is technically an a cappella, you can’t tell from listening. This glittery, metaphysical statement is a perfect introduction to the singer/songwriter’s upcoming Songs From The Sea EP (due April).

How about a couple of promising newcomers? Amber Mark made a big impression last year with “Space.” The singer, who draws on influences as diverse as jazz and traditional Indian music, returns today with “Lose My Cool.” It’s velvet-smooth future R&B with a distinct pop sensibility. Fellow NYC singer WENS is also coming off a buzz-making debut single. She delivers another dose of dark and atmospheric electronica on the seductive “Bleed.” Both women need to be on your radar.

Everything bit as cool, but slightly more accessible to pop fans is 19-year-old Mags Duval. Her latest track, “Cinnamon Gum,” is an intoxicating electro-pop anthem with a sexy, soaring chorus. It’s catchy enough for radio, but just twisted enough to be interesting. Sydney trio Glades also falls into that category. They landed a well-deserved viral hit with “Drive” and should repeat the feat with “Dangerous.” Their latest synth-pop offering has a fresh, youthful vibe that really sets it apart.

This edition of The Drop has been decidedly downtempo, so I’m going to wind it up with a trio of bangers. LA duo Phantoms joins forces with Vérité on “Just A Feeling,” a track written from the perspective of a woman with a guilty conscience. The piano and emotional vocal elevate this to another level. More raucous is Yellow Claw’s “Light Years.” Featuring Dutch diva Rochelle, this floorfiller boasts a monster chorus and a bone-rattling drop. Last but definitely not least is Arca. The Venezuelan producer/all-around genius drags us into his nightmare-scape on “Saunter.” It’s a hell of a ride, but one well worth taking. Listen to it in my playlist below.