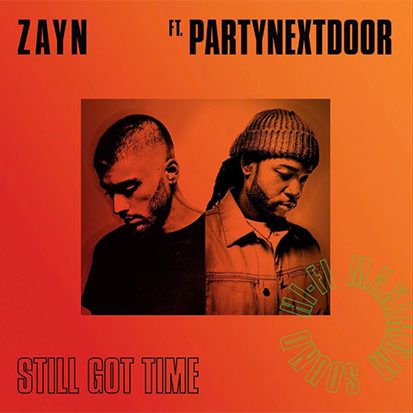 Harry Styles is up to something.

Last night (March 25), he appeared in a cryptic TV ad. With his clothes dripping wet, Harry opens a large door inside this dark room to let the light in, before the date April 7 flashes on the screen. This sort of teaser has officially become a trend, with how Adele announced 25 lead single “Hello” and Lorde previewed Melodrama‘s “Green Light.”

Harry has been working on his solo debut for some time. Over the past year he has been in the studio with Ryan Tedder, Bruno Mars and Max Martin. Last month, incoming Sony Music CEO Rob Stringer said that Harry’s new music was “not far away from being ready.” Radio personality Elvis Duran now claims he’s heard Harry’s “incredible” debut single.

📹 || HQ video of Harrys advert for his new single; Coming out on April 7th 2017 #HS1isComing pic.twitter.com/9WVdxsDJ9g