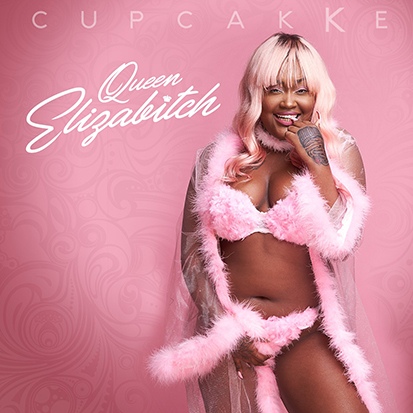 The female answer to Too $hort unveils the cover art for new album 'Queen Elizabitch.'
MORE >>

Bates Motel, A&E’s prequel series to Alfred Hitchcock‘s horror classic Psycho, aired its take on the film’s iconic shower scene during its most recent (March 27) episode. But with Rihanna as Marion Crane, the real estate office worker who was played by Janet Leigh and murdered during that scene in Psycho, Bates Motel did this scene with a shocking twist.

Norman Bates does spy on Marion as she strips down and hops into the shower, as in Psycho. But Marion doesn’t get stabbed to death in Bates Motel. Instead, when the ominous music kicks in, she turns off the shower and exits.

“Screw this shit,” she says. By this, she means waiting for Sam Loomis — the man who she thought was her boyfriend but, as Norman tells her, actually has a wife. But the scene is also a wink to those expecting a frame-by-frame recreation of the film.

Going into this final season, executive producers Carlton Cuse and Kerry Ehrin said they wanted to “thrust” the role of Marion Crane “into the contemporary spotlight and redefine it in an exciting new way.” Most assumed that casting Rihanna, a Bates Motel fan, would be the extent of that. But the plot twist was also fitting given Rihanna’s overall bad bitch persona and the times.

“There was no way to redefine Marion Crane as a modern empowered woman if we killed her in the shower,” Cuse now says to Variety. Instead, the philandering Sam ends up at Bates Motel, thinking he will meet Marion — and ends up being the one stabbed by Norman Bates in the shower. Watch what went down at Bates Motel below.