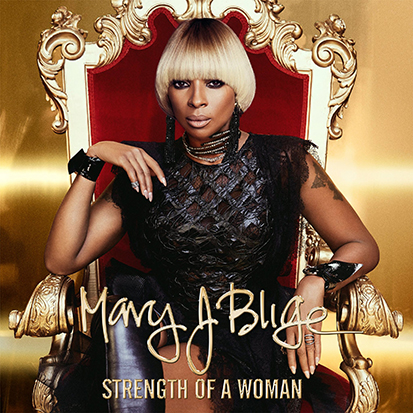 Our heroine dons lavish all-gold ensembles and regal white fur — and it's a delight to see.
MORE >>
George Michael's Collabs

Revisit 11 of the late pop star's key collaborations, from Aretha to Band Aid and Beyonce.
MORE >>

Mary J. Blige returns in fine form in “Love Yourself,” released March 30. The thrust, as heard on the hook, is a message we’ve all heard before: “You gotta stay open, and don’t be foolish/ ‘Cause everybody don’t mean you well / You gotta love yourself before you love somebody else.” But this powerful ballad transcends cliche once it reveals itself to be a far cry from Justin Bieber‘s ditty of the same name. Dramatic horns and snares kick in, raising the stakes as Mary raises her voice, sounding more determined with each note.

Featured rapper Kanye West also delivers one of his more focused guest verses in recent memory: “I decided not to use my color as a handicap / He a designer, artist, producer and he rap.”

“Love Yourself” appears on 14th studio album Strength of a Woman, which also features Missy Elliott, DJ Khaled and Quavo — on the same track. On The Breakfast Club, Mary opens up on the events that inspired this album: In September, she filed for divorce from her husband of 13 years and manager Kendu Isaacs. He was with another woman, while making her lose confidence as an artist: “Anything I do, and anything I say, he chips, chips, chips, chips, chips. ‘Oh, well your fans don’t love you no more. They hate you. They don’t love you, they think you need a break.'”

Below, listen to “Love Yourself” and watch her candid Breakfast Club interview.