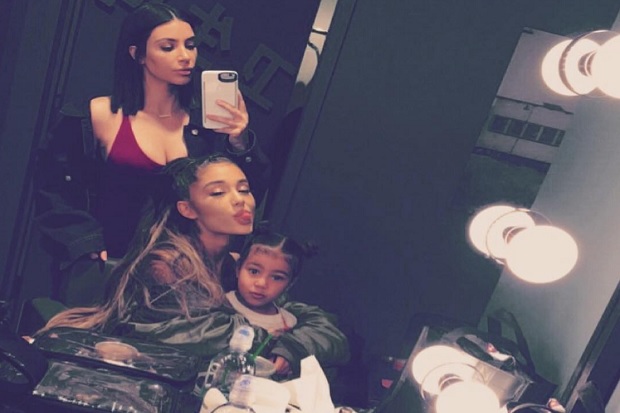 Kim Kardashian and North West hung out with Ariana Grande for a mommy-daughter date.
MORE >>

Four years ago, almost to the date, the video for that Yours Truly single arrived and showed the two of them flirting rather convincingly. But now that they’re a couple, they appeared to be having even more fun performing it last night than they did back then.

While sitting on the stage as if their front stoop, they sang and rapped mostly to each other, dancing in their seats before Ariana stole a kiss. Considering how bashful she has been to talk this relationship in the past, this public display of affection was completely unexpected.

Watch Ariana Grande and Mac Miller get affectionate as they perform “The Way” below.