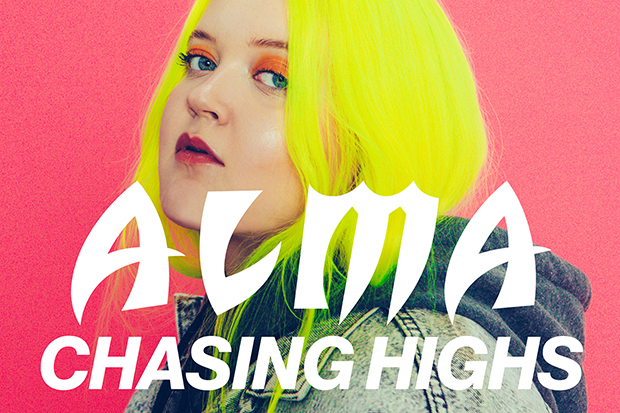 ALMA cemented her status as One To Watch when “Dye My Hair” exploded on Spotify last year (its parent EP has racked up 100 million streams) and charted across Europe. The 21-year-old recently rolled out a new single called “Chasing Highs” and it was streamed two million times in its first week. Which isn’t that surprising given how catchy it is. “I didn’t know what to do, who’s gonna be the first one to move,” the Finnish phenomenon sings, “I wanna get closer to you.” That leads us to the massive chorus: “I’m chasing high, high, high, highs.”

The neon-drenched video for the earworm arrived on Friday (March 31) and it finds the rising star wandering around Las Vegas. She walks down the strip, hits a club with her girls and hangs out in the desert. “Chasing Highs” is the first single from ALMA’s debut LP. She’s been in the studio with some of pop’s coolest names including MNEK, Charli XCX, Rudimental, Two Inch Punch, Gorgon City and Sub Focus, so expect bops. Watch her in action up top.