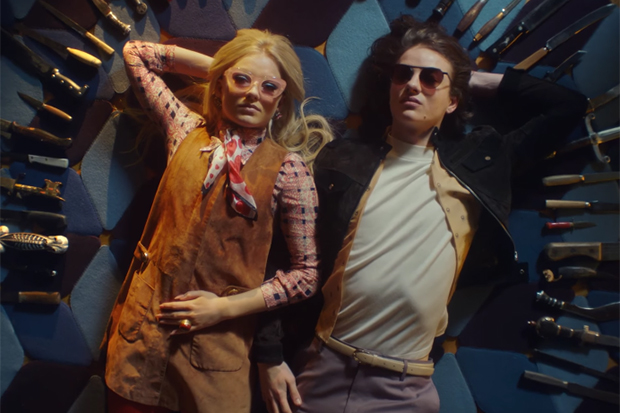 Scandinavia does pop better. From Robyn to MØ, the region has an impeccable pop pedigree. The latest star to emerge is Astrid S. She generated huge buzz in 2016 with icy synth-pop anthem “Hurts So Good” and backed it up with a flawless feature on Matoma’s “Running Out.” The Norwegian took it to the next level earlier this year, however, with “Breathe.” The first single from the 20-year-old’s second EP is a beautifully sparse banger with crystalline synths and a mesmerizingly simple chorus.

I recently caught up with the rising star during a songwriting trip to Los Angeles. She spoke openly about the evolution of “Breathe” (Astrid initially thought it was too pop) and explained that it’s not particularly reflective of her new EP, which serves “lush vibes.” The newcomer also talked about her excitement at the prospect of combining Norwegian melodies with American pop sounds and revealed some of the artists on her collaboration wish-list. Get to know Astrid a little better in our Q&A below.

What are you doing in LA at the moment?
It’s mainly a songwriting trip. I’ve also been doing some promo, just meeting a bunch of people I’m going to work with, or have worked with in the past. It’s a good trip.

Are you recording songs for an EP or album?
I’m releasing my new EP in May, which is exciting. I don’t know what comes after that, if there’s going to be another EP or an album. I really want to release an album, but it just depends on the songs.

A lot of people just do EPs and singles now.
Yeah, I know. I think especially in Scandinavia, streaming is so big and people don’t really listen to albums. I do, I love albums.

Me too.
I would just put out an album because I love when you can make a story or the project of an album, not just put out singles.

You could put out a greatest hits with how you’re going.
That would be funny though if my debut album was called Greatest Hits. [Laughs]. That would be so funny.

You should do it! I have to say, I’m totally obsessed with “Breathe.”
Thank you so much.

It sounds a little bolder than your other songs. Would you agree?
Oh yeah, I absolutely agree. I thought it was maybe too poppy at first. Especially the first demo, it was like super cute and pop. I couldn’t really relate to it or picture myself performing it, or talking about it. But then we tweaked it and we changed the production of it, and now I love it. It’s absolutely lusher than anything else I’ve done.

How did the song come about?
I wrote it with Asia Whiteacre. She did Hailee Steinfeld’s song “Starving.” She’s great. So we wrote it together with two Swedish producers from the production team, Wolf Cousins [Oscar Holter and Rickard Göransson]. They did Tove Lo’s album. We spent two days on it. It was actually a really hard song to write.

Did you know it was going to be a special song?
Usually I do but with this one, not at all. I didn’t even bother to ask for the demo. Usually most songs that I end up releasing are very instant songs and they’re easy to write, you just feel it right away. But with this song, when we spent two days on it and it was really hard… there was no arguing, but we disagreed on some things. It was a great session and I loved working with those guys, and I would definitely do it again, but it was very tiring. I don’t know how to explain it. I didn’t ask for the demo, then it came and everyone loved it, and I was like, “Oh, really?”

Are the other songs more like your debut EP?
Yeah, for sure. I think people can hear like a thread but I developed as an artist, and especially as a songwriter. The next thing I’m releasing is actually very different from “Breathe.”

Can you talk about it?
I can’t tell you what it’s called, but it’s a lot more left of center, urban and dark. Have you heard a song called “Hyde” that I released?

Yes. It’s like that?
Yeah. It’s more in that direction, which is exciting.

Sounds like your the EP has a bit of everything.
I would say so. But it’s electronic pop. I would really love for it to be a preview of an album. Fingers crossed. I think it’s cool how you’re very free nowadays. I remember Tove Lo’s first album. She put some collaborations on it, a remix. I don’t need to have 10 new fresh songs, I could have a collaboration, a remix, different things.

“Breathe” has such an amazing video.
Thank you. My first idea that we pitched to directors was remaking movie scenes from well-known love stories like The Notebook. To remake them, but at the same time, to travel through centuries. I think that is what people would expect like a super lovey, cute video. And then these directors came back and said, “You know what? Why don’t we remake some of the biggest action movie scenes?” So that’s what we did and I really love the idea. It gave the song more of an edge and it’s something people didn’t expect. But we kept the traveling through centuries.

Do you enjoy the visual side of things?
Absolutely, yeah. I’m super visual when I write. I look at pictures, we mute trailers — movie trailers — to play with the demo and when we’re in the studio watching. Yeah. I usually picture the music video, or the cover art, while I’m writing the song.

Do you worry about losing your icy, Scandinavian sound by working with American producers?
If I’m going to be very honest here, with streaming in Scandinavia, I feel like anything can become a hit. The radio doesn’t really control what’s going to become a hit in Scandinavia any more. So I feel like the mindset of producers and songwriters in Scandinavia is just to do something different, and be bold, and not necessarily go for a radio song. I think people here, or some people, are still stuck in that box yet. Radio has a very clear format here.

It’s very interesting for me to do sessions with American producers. I have a very clear vision when it comes to production and I can really picture my sound. I’m a big part of producing all the songs I release, so it doesn’t become a typical American song. But I think for them to drag me to that direction can be a good thing and, with my Norwegian folk melodies and lyrics, it’s very nice and interesting mix. My favorite thing is to work with Swedish producers in LA.

There are so many!
Yeah, for sure. I really want to move here myself. So after a meeting, I could just walk by the studio and be like, “Hey, let’s write a song.”

I ask every Scandinavian person I meet, but why are you guys so good at pop?
I think for me and for every Scandinavian, American music or English-speaking music was huge and has always been huge. I grew up listening to that on the radio when I couldn’t understand English. So I’ve always listened to the melodies and the production even before I knew English. I think that’s why we’re more melody and production oriented. Also the folk music, like the old Norwegian tales and musicals. I think they’ve influenced me a lot. The melodies are all over the place.

Is America or Europe going to be the focus for your EP?
I think America is always a focus. I think it was even more when “Hurts So Good” went to radio. We haven’t gone to radio with “Breathe.” It depends on what people think of it and what the reactions are. It’s a really, really difficult market because there’s so many just like me now that wants to break in the US and they have this pop song and the same blonde hair. It’s really, really, hard to stand out. I think, if the song is great and it’s quality then maybe.

What is different about you?
I think my social media presence is a bit different than others, I hope. I feel like I would post just the way I do now even if I had 80 followers. I would post the same things and write the same things. I think that people that have followed me for a long time can tell that I’ve written the songs too. I leave small hints in my lyrics. I think maybe that makes me stand out. I hope!

Do you enjoy the anonymity of being in the States?
People know me in Norway, maybe they heard my song on the radio or have seen me somewhere. I’m not interested in being famous or being known. What I’m passionate about is the songs and how people can relate to them. How people from different cultures or religions or genders… a song can bring so many people together. When you’re doing a concert, there are so many different people. In that moment all that matters are those lyrics, and those melodies, and the song. People are shouting it out and they forget about everything.

I also loved the song you did with Matoma. Do you have any other collaborations on the way?
I do but it’s secret. I’m sorry. But it is really exciting.

A club track?
I would say it’s a club one.

Who would you most like to work with?
I love this British producer called Mura Masa. Love him. I love Disclosure. Love Years & Years. There’s so many British acts I love. The Weeknd is really cool. Julia Michaels is amazing.

Do you have any time to enjoy the city?
Yes. I’m going to Six Flags on the weekend. I remember one trip I had was four weeks in the studio every day. And this other time, I had one day off every fourth day, so I got to see the city, meet with friends, and explore. I don’t think people realize that being creative, it’s more than just being in the studio. I need inspiration and time off to recharge.

Have you had made friends in the industry?
Yeah, for sure. I think especially in Norway, the music industry is super small so everyone knows everyone. I think there’s this weird professional wall sometimes when you meet people. I’ve worked with so many producers and songwriters, and I’ve met so many artists, but you don’t really get to know them or become friends with them. It’s like you just talk about stuff and it’s not on a personal level at all. But I would love to get to know them because we can relate in so many ways that I couldn’t do with anyone else.

What three words describe your upcoming EP?
It is impossible. [Laughs]. It would be funny to say three words that just mean the same thing like “nice, kind and good.” The first word that came to mind is “lush.” I also think it’s “vibey.” No, I don’t know. This is really hard.

I like vibes.
Lush vibes! Can I just say that?

Of course. Thank you.
Thank you! It’s been fun.

How did you discover Astrid’s music? Let us know below, or by hitting us up on Facebook and Twitter!