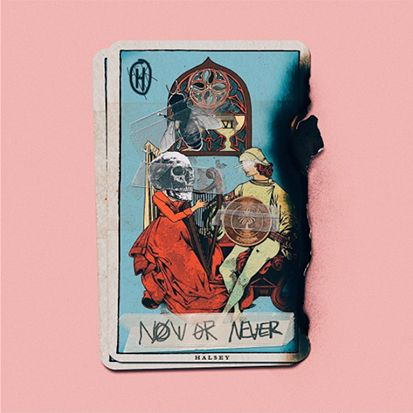 Halsey will kick off her sophomore era with a new single called "Now Or Never."
MORE >>

The “Closer” chart-topper also unveiled the visual, which she directed with Sing J Lee. “The video for ‘Now Or Never’ (my directorial debut!) is one part in the center of a long narrative that tells the story of two people in love despite the forces trying to keep them apart,” Halsey says. “On its own the song is about two impatient young lovers, but in the context of the hopeless fountain kingdom universe, the stakes are much higher for these two star-crossed lovers.” Needless to say, there’s a lot going on. Watch the video up top.

my new single Now or Never, is out now with a music video that I'm proud to call my directorial debut! You can also preorder my album! So much is happening!!!!! Guys! 🌴