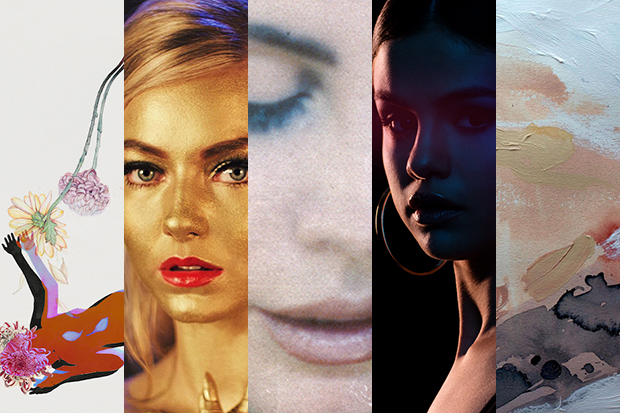 We round up the best pop songs from the first three months of 2017.
MORE >>

Pale Waves, a four-piece band from Manchester, came out swinging with their debut single in February. Produced by George Daniel and Matthew Healy of The 1975, “There’s A Honey” generated an outpouring of blog love and proved to be an immediate streaming success. What’s the appeal? The shimmering indie-pop anthem is one of the freshest and most addictive tracks of 2017. One listen to that chorus and you’re hooked! The song should find an even bigger audience with the arrival of a purple-and-pink-hued video clip.

“‘There’s A Honey is a song about a failed relationship, the sense of desperation, contrasting feelings and insecurities,” lead singer Heather Baron-Gracie explains. “For the first Pale Waves video we wanted to create something that was minimal and beautiful. Drawing inspiration from American sculptor Daniel Wurtzel, romantic yet evoking a feeling of claustrophobia.” Pale Waves is the latest act to be signed to UK label Dirty Hit, which is the home of The 1927 and The Japanese House. Watch the video up top.