TLC Is Back! The Duo Drops Retro-Bop “Way Back” Featuring Snoop Dogg 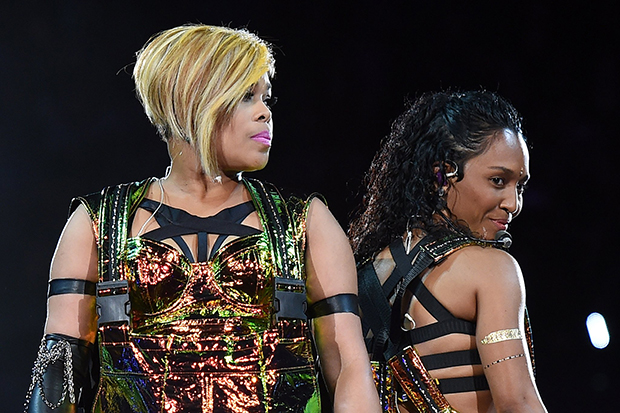 They’re back! TLC returns with a cute, retro-bop called “Way Back.” Featuring fellow veteran Snoop Dogg, the track is an ode to the duo’s ’90s hey-day. It starts a little slowly, but it soon gets under your skin. “It’s been a long, long time coming, ain’t seen you around,” T-Boz begins the nostalgic anthem. “Time keeps on passing.” Chilli then steps in for the bridge, before they join forces on the chorus: “James Brown and Michael J, like them high school parties,” the ladies sing. “Some things don’t ever change. Yeah, you and me, we go way back.”

“Way back” is the first taste of TLC’s final, fan-funded LP. The girl group set a goal of $150,000 in 2015 and achieved that sum in a little over two days. In fact, their fans coughed up a whopping $430,255. Unfortunately, the album was delayed several times — leading to memes about the ladies running off with the money. Their manager recently announced a June 30 release date and everything seems to be back on track. “Tionne and Chilli have been working night and day to hit this date,” Bill Diggins wrote on Kickstarter. It looks like that hard work has paid off. Vibe to “Way Back” below.