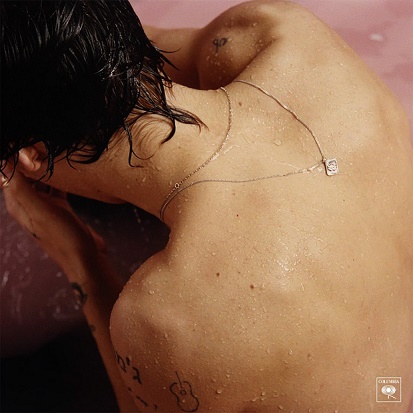 The One Direction member reveals everything you need to know about his upcoming album.
MORE >>

After helping host Jimmy Fallon and Nile Rodgers pay tribute to David Bowie, Harry performed his Queen-inspired debut solo single “Sign of the Times,” nodding to his own lyrics about wearing his best clothes with his double-breasted suit. He also premiered “Ever Since New York,” another track from his upcoming debut album, which brought to mind a more recent rock icon: Eddie Vedder.

As if his new music wasn’t enough proof that Harry is looking to music’s past for inspiration, he made an appearance during SNL‘s latest Celebrity Family Feud sketch — playing Mick Jagger.

Watch him thrive on SNL below.

Justin Bieber Is Back In The Studio
END_OF_DOCUMENT_TOKEN_TO_BE_REPLACED