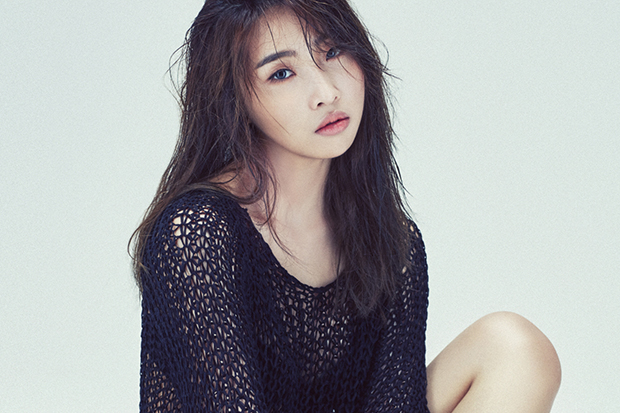 While CL has been promising a solo album for years, her ex-bandmate Minzy has beaten her to the punch. The former 2NE1 star dropped a six-track EP on Monday, and to be honest, it’s kind of mediocre. The 23-year-old has teamed up with a slew of producers from America and Europe for the project, giving it a very Western sound that should feel familiar to 2NE1 fans. The problem is, the songs just aren’t that good.

In fact, it’s mostly a bunch of safe, radio-friendly dance-pop with trendy tropical flavors like reggae and dancehall thrown in. Sure, 2NE1 were known for their commercial, top-forty style too, but they always had a little extra something that took their tracks to the next level. Whatever that something is, Minzy’s missing it.

Lead single “Ninano” is a fiery little club number that’s tailor-made for Minzy to showcase her impressive choreography, but it sounds more like a Step Up soundtrack cut than the big, memorable hit one expects from a major girl-group star going solo. Things go downhill on track two, “Superwoman,” which is so generic it sounds like a bad Chainsmokers tune penned by Sia (it was actually crafted by the team behind Aaron Carter’s recent album, which says it all).

The only killer cut on the whole EP is “Flashlight,” one of the few tracks to come from a Korean producer. Featuring rapper Jay Park, it’s a slinky slice of synthesized R&B that’s totally worth the $1.29 on iTunes. As for the rest of the album, save your time and money and listen to some old 2NE1 singles instead.

What do you think of Minzy’s EP? Let us know below, or by hitting us up on Facebook and Twitter!