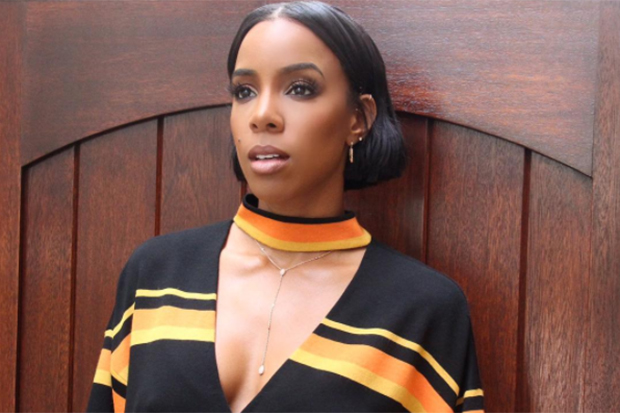 All signs point to Kelly Rowland's fifth LP arriving in 2017 & it's going to be upbeat.
MORE >>

It looks like Kelly Rowland’s 5th album is slowly coming together. The Destiny’s Child diva has been collecting tracks for over a year, but still isn’t finished. She recently hit the studio for a new session with a trio of rising stars including “Location” hitmaker Khalid, Rolling Stone-approved Atlanta rapper 6LACK and singer/songwriter Quiñ (she features on G-Eazy’s “Think About You”). That line-up hints at a hip-hop banger, which is in line with Kelly’s description of the album as “full of up-tempos.”

“A lot of my albums and songs have been slow, except for tracks like ‘Commander’ or ‘When Love Takes Over,'” the “Kisses Down Low” hitmaker said in an interview with LENNY earlier this year. “I said I wanted this record to be happy because we need that right now, more than ever. That’s where my heart is.” There will also be some dance music on the album. “I’m so happy I met [David Guetta] because he put EDM in my blood,” Kelly told Schön! Magazine in September, 2016. “It will definitely be a part of the record — abso-fucking-lutely.”

Are you excited for Kelly’s new album? Let us know below, or by hitting us up on Facebook and Twitter!