LIZ Joins Forces With Japanese Duo FEMM On “Do It Again” 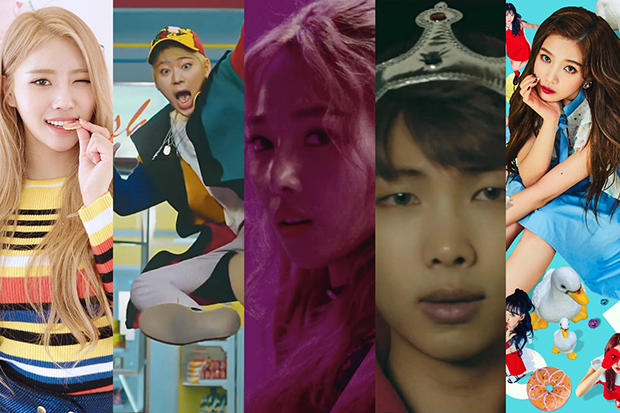 LA-based pop star LIZ blew up the blogosphere a few years ago with her future-pop sound and kitschy, early ’00s aesthetic. The Mad Decent songstress later delved into different sounds, working with SOPHIE on synthetic-pop gem “When I Rule The World” and disregarding genre entirely on her bonkers Cross Your Heart mixtape. She makes a welcome return today (April 21) as the featured artist on Japanese EDM duo FEMM’s new single, “Do It Again”. The J-Pop pair are surprisingly unknown in Japan, but have built up quite the following in the West thanks to their viral 2014 hit “Fxxk Boyz Get Money.”

Like LIZ, FEMM always pinball between different pop sub-genres instead of sticking to just one. On “Do It Again,” they dive into the lush, sweeping sounds of ’80s synth-pop with a Tokyo twist. It starts off a little conventional, but cleverly switches it up about halfway through when the beat breaks down into what sounds like a malfunctioning video game. It’s the kind of song you could imagine CHVRCHES recording, maybe with a Charli XCX feature, in a bid to land a big radio hit. Fall in love up top.

Dear Japan and all other #jpop lovers! My collab with @FEMM____ called "Do It Again" comes out May 3rd. 🎀 We wrote it from the perspectives of your favorite video game heroines. 👸🏼