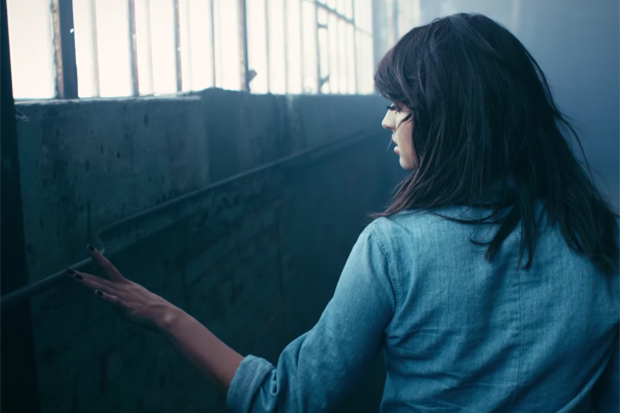 It's 2017 and Rebecca Black is climbing the charts with "The Great Divide."
MORE >>

It’s New Music Friiiiday and Rebecca Black has a new single. (Sorry, I couldn’t help myself). Just put your preconceptions aside before listening to it. The 19-year-old reemerged earlier this year with a banger called “The Great Divide,” which peaked at number 23 on the Billboard Club Songs Chart. It was a solid track, but “Foolish” is better. Much better. Produced by Greg Ogan (Kelly Clarkson’s “If I Can’t Have You”) and Spencer Neezy, the viral star’s latest is breathy bop about falling in love.

“Lipstick and Polaroids, late night hanging with your boy,” Rebecca coos over airy synths. “Record player playing white noise.” It starts to get a little sexy as we approach the chorus. “My body’s tripping on you, feeling higher than the moon,” she sings. “Got me trying something new, falling into you, foolish.” It’s cute, catchy and a reminder that you shouldn’t judge people by their past. (Even if they dropped the best novelty song of all time). “Foolish” is the second taste of the teenager’s debut EP, which is due layer this year. Listen below.