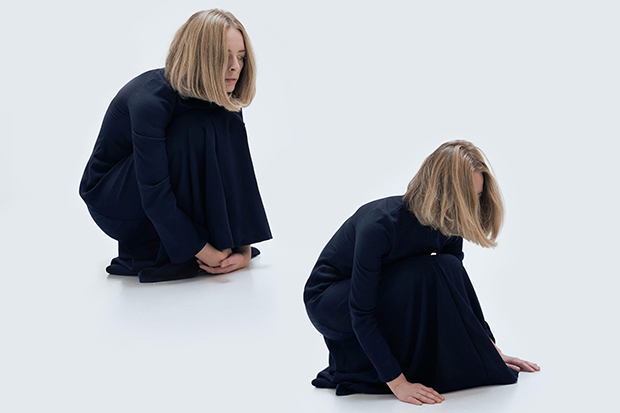 Fridays can be overwhelming for pop fans. Every week you’re bombarded with a glut of new music, which can lead to ear candy falling through the cracks. I’m hoping to circumvent that tragic scenario with The Drop — a cheat sheet (of sorts) to get you through New Music Friday. By now, you’ve probably heard Lana Del Rey & The Weeknd’s majestic “Lust For Life” and Charlie Puth’s devastatingly catchy “Attention.” You’ve possibly also checked out MØ’s “Nights With You” and Maluma’s “Felices Los 4.” But that’s just the tip of the pop iceberg.

It’s pretty much an established fact that Scandinavians do pop better, but they really rub it in this week. Let’s start with Highasakite. The Norwegian indie-pop band won a global following with sophomore LP, Camp Echo, but they take it to the next level with “5 Million Miles” — a gorgeous, mid-tempo ballad produced by Stargate. Norway is also home to Sigrid, the ingenue behind viral hit “Don’t Kill My Vibe.” That catchy track made my list of the Q1’s best pop songs and established her as one of 2017’s most exciting new acts. She lives up to that promise with “Plot Twist,” which is every bit as bold, feisty and relatable as her debut single.

Across the border in Sweden, the irritatingly-underrated Frida Sundemo drops an icy synth-ballad called “It’s Ok.” It’s as brittle as it is beautiful, falling somewhere between a Eurovision belter (i.e. amazing) and the most fragile torch song imaginable. Decidedly more upbeat is The Magnettes’ anthemic “Young And Wild.” If Lana Del Rey moved to Sweden and started a pop trio, it would probably sound a little something like this. At least, thematically. This is an ode to the fleeting nature of youth.

Closer to home, YouTube star Alex Aiono makes a good impression with “Question,” a slick R&B/pop anthem about a clingy ex that suggests he could make the leap from social media sensation to pop stardom. Next up is LIZ, the queen of Y2K kitsch. She makes a welcome return with “Do It Again” — a winning collaboration with Japanese duo FEMM that finds a sweet spot between ’80s-influenced synth-pop and forward-thinking electronica. With its bittersweet chorus and retro sheen, there’s something about this that reminds me of Kylie Minogue. Unfortunately, “Do It Again” won’t be available on Spotify until May.

Speaking of Australians, Two Can is a production duo comprised of two brothers from Melbourne and they come through with one of the week’s feel-good anthems. “Outta Here” is a summery electro-pop song with warm, multi-layered production and a road trip-inspiring chorus. This is my introduction to the group, but I plan to familiarize myself with their other songs as soon as possible. Considerably more introspective (and downtempo) is Tash Sultana’s “Murder To The Mind.” The 21-year-old’s debut EP, Notion, heralded her as an Artist To Watch in 2016. She lives up to the hype with this raspy, soulful and emotionally exhausting gem.

How about the Brits? Jasmine Thompson leads the charge with “Wonderland (Intro),” the title track of her second major label EP. I’m more familiar with the 16-year-old voicing massive tunes like Robin Schulz’s “Sun Goes Down” and Felix Jaehn’s “Ain’t Nobody (Loves Me Better),” which makes this quirky, sprawling piano ballad something of a surprise. I’ve never been so excited by an intro! If you’re looking for something more upbeat, HICARI’s “Stellar” is a fizzy pop anthem with an instantly hummable chorus.

Let’s wind up with two very different, but equally great tracks. Shout Out Louds (more Swedes) have been on hiatus for the last four years, but “Oh Oh” was well and truly worth the wait. This is the kind of shoe-gazing, melancholy indie-pop song that washes over your like a warm shower. That leaves us with Castell’s (I think he’s Swedish too) “Superman,” my favorite banger of the week. The massive floorfiller combines all of the hottest trends — dancehall beats, a massive drop and a vaguely Asian-sounding sample — but still manages to sound fresh. Listen to it in my playlist below.